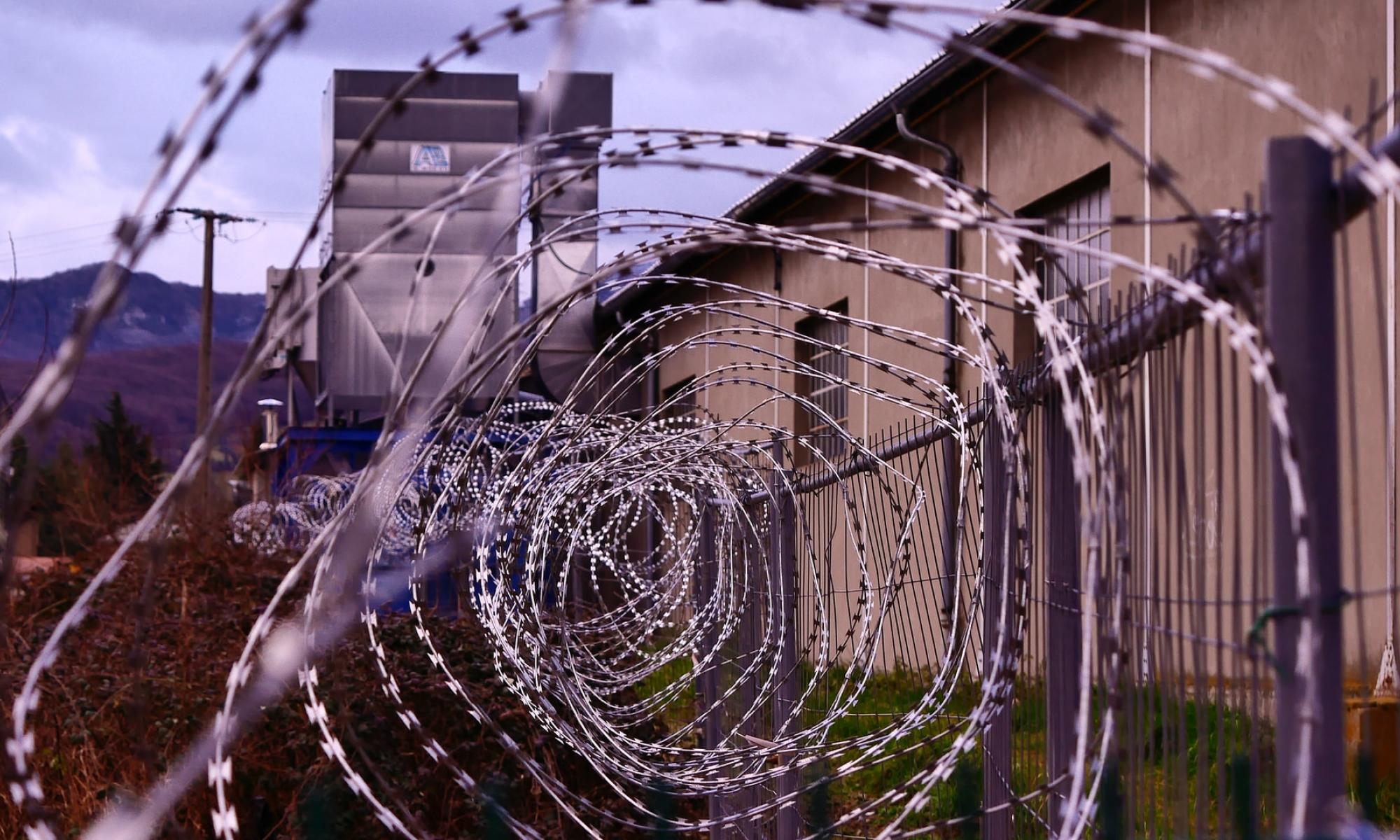 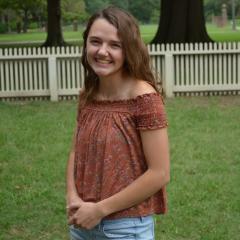 “Land of the free”—an ideal that rings throughout many countries claiming to prioritise opportunity and equality—has devastatingly proven over centuries to be a concept that is more optimistic than realistic.

Despite the presence of democratic measures intended to promote widespread liberty, promises of progress have crumbled time after time beneath our world’s most enduring and destructive colonial legacy: mass incarceration.

The punitive systems that exist today have emerged from institutions that were founded to not only contain convicts but to suppress entire populations. Amongst the most severely targeted were—and are—Indigenous and racialised people, who remain subject to brutal cycles of biased policing, imprisonment and recidivism without being offered adequate rehabilitative resources and community support.

Research shows that Indigenous and racialised people are consistently overrepresented in nearly every Western country’s criminal justice system. In the United States, as of 2010, American Indian and Alaskan Natives were incarcerated in adult facilities at twice the overall rate of White Americans. As of 2015, Native youth were approximately three times more likely to be detained than White youth, and 42 percent of confined youth were Black boys and 35 percent were Black girls, despite Black people comprising only 14 percent of the United States’ population under the age of 18. In Australia, as of 2020, Aboriginal people made up only three percent of the nation’s total population but a striking 29 percent of its prison population. Canadian statistics look unfortunately similar; as of 2016, Indigenous adults represented only three percent of Canada’s adult population but 26 percent of its prison population.

While these statistics are alarming, when they migrate from behind bars and into public consciousness, they open room for change. As collective efforts to resist racism and discrimination rise globally, compassionate leaders and organisations are coming forward to address the disparities that have too long been allowed to persist.

These individuals and groups are urging authorities to pull back from current practices that encourage arrests and harsh sentences and instead embrace holistic alternatives to incarceration. They are calling on governments to provide accessible housing, quality education, comprehensive mental health and addiction treatment programmes, and other restorative efforts for every neighbourhood. They are emphasising the necessity of fully understanding the cultural background and identity of an individual before deciding on their case. They are rejecting dehumanisation and promoting decolonisation, working tirelessly to bring truth to the phrase “justice for all.”

Jane Dickson, a professor of law at Carleton University in Ontario, Canada, says that “[we] can’t talk about criminal justice and not talk about how it affects Indigenous and racialised people.” Possessing a PhD in law from the London School of Economics and Political Science, Dickson has devoted her career to researching and teaching about the intersections between criminology, legal systems and Indigenous peoples.

Beyond academia, Dickson works as a Gladue writer. “Gladue is . . . a legal requirement in Canada … whereby courts must hear information about [an Indigenous person’s] heritage, background and unique circumstances that impact the life chances of Indigenous people,” Dickson explains. 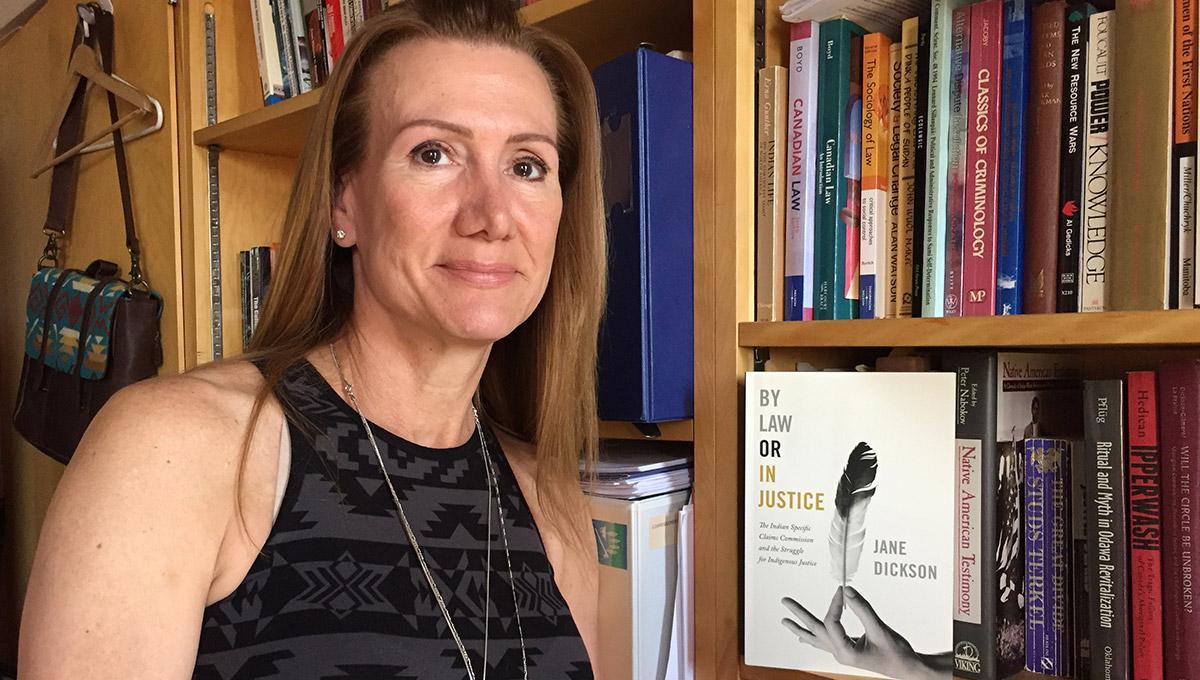 Jane Dickson, a professor of law at Carleton University in Ontario, Canada, has devoted her career to researching and teaching about the intersections between criminology, legal systems and Indigenous peoples.

Dickson gathers information about the life events, family histories and past or current traumas that have affected Indigenous individuals who are being accused of committing a crime. She then consolidates these details into Gladue reports, which are presented to Canadian courts to guide their sentencing decisions and ensure that they are considering the backgrounds of the Indigenous people standing before them.

“[These] courts must entertain any alternatives to incarceration that are reasonable given the [situation] of the offense and the offender,” Dickson explains.

But despite the promising nature of Gladue, Canadian governments have largely ignored the measure, rarely soliciting complete Gladue reports that thoughtfully examine the experiences of Indigenous people in their entirety.

“From a policy standpoint, [Canada] has utterly failed to meet the challenges of Gladue, and as a result, [Indigenous] incarceration rates continue to skyrocket . . . even though Gladue was intended to lower them,” Dickson says. When asked to explain how this shortcoming wrongs Indigenous communities, Dickson describes the extreme challenges that Indigenous people continue to face amidst the lingering effects of colonisation and how these hardships need to be accounted for by authorities.

“For [some Indigenous] people, colonisation has happened in their lifetime,” Dickson says. “[When a] . . . Gladue report . . . traces [an Indigenous person’s history] over three generations, [it sometimes] starts with grandparents who lived entirely on the land in fully traditional ways.”

The abrupt and radical changes that colonisers inflicted upon Indigenous communities, which included relocating their members onto reservations where living conditions were often poor and forcing Indigenous children to attend residential schools, are reasons enough why alternatives to incarceration involving healing and community support should be intentionally considered for Indigenous offenders.

“The reality is that while Indigenous people exist at every location [along] the socioeconomic spectrum, the majority of [them] live lives [affected] by poverty and blocked opportunity, and that is a direct result of colonialism,” Dickson says.

When prompted to elaborate upon creative sentencing options that she has recommended or witnessed, Dickson tells the story of a young, Indigenous man who was given several years’ probation during which he was required to prepare for and participate in a local Sun Dance, an intensive religious ceremony practised by many North American Indigenous tribes. “Not only did he meet the terms of his probation, but he remained active in the Sun Dance community long after his [mandated time],” Dickson says.

She also mentions the immense rehabilitative potential that is present when Indigenous offenders spend time with tribal elders, work on Indigenous land and engage in activities that encourage them to discover their purpose within their communities.

“Returning . . . to culture and spirituality is a way [for people to] regain balance and wellness. When [we] are feeling good, when [we] are feeling healthy, when [we] have a strong sense of who [we] are and what is right . . . [we become] much more likely to make good choices,” Dickson says. “The best crime prevention is community-building. We have to be making sure [that] everybody feels like they have a role to play in [the] project that is . . . society.”

Across the world in Australia, an Indigenous-led campaign called Change the Record is echoing similar sentiments regarding criminal justice reform. Founded in 2015 by the National Justice Coalition, the project urges Australian governments to acknowledge the incarceration rates and violence patterns that disproportionately affect Aboriginal and Torres Strait Islander people and commit to addressing these trends.

“[Australia’s] criminal justice system is broken,” says Cheryl Axelby, co-chair of Change the Record, and “a proud Narungga woman with family ties across South Australia.” For over 30 years, Axelby has been relentlessly advocating for the legal and social equality of Indigenous people with the goal of encouraging “every Australian to be proactive rather than reactive to the issues impacting . . . the quality of life for Aboriginal and Torres Strait Islander people.”

Change the Record strives to convey the severity of Australia’s incarceration disparities, sharing data that reveals alarmingly skewed detention and death rates, and frames these imbalances as the crises that they are. 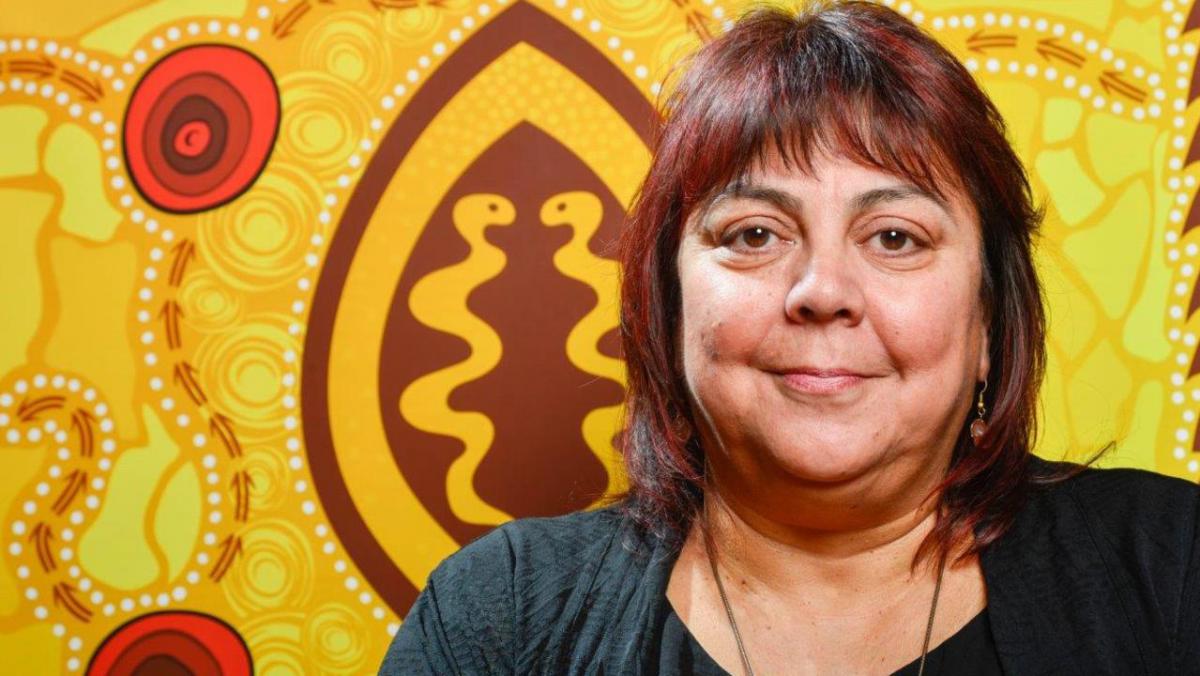 “[Australia is] more unequal now than [it has been during] any other time [over] the last 75 years,” Axelby says. “At every step of the way, the criminal justice system is stacked against [Indigenous] people; we are more likely to be stopped and questioned by police, [more likely] to be arrested rather than given a warning, less likely to be granted bail and more likely to be locked up on remand before we’ve been found guilty of a crime.”

Such discrimination disturbingly resembles the bias that fuelled colonisation throughout Australia’s history and remains within the institutions formed as a result of that process.

“Australia’s mass incarceration crisis is an enduring colonial legacy,” Axelby says. “White, male property owners designed the justice system to protect their power and wealth from those who were poor, especially [Indigenous] people—from whom they’d stolen their property and wealth . . . in the first place.”

But instead of accepting these injustices, Change the Record seeks to facilitate and accelerate government action intended to remedy these wrongs. The campaign outlines 12 key principles for reform, each of which promotes treating the root causes of crime by investing in “communities, not prisons . . . services, not sentences, and reintegration, not recidivism.”

“Everything we advocate for is based on the truth that solutions lie within our communities, and that only by empowering and strengthening [those] and directing funding away from a broken and harmful prison system will we create safer and more equal [spaces] for everyone,” Axelby says. “Now, more than ever, we need to stop the punitive responses to poverty, homelessness, and trauma and [support] our communities to keep families together and our people safe and strong.”

When it comes to allocating money toward rehabilitative resources, Nina Reynoso, project manager for the Los Angeles-based organisation Million Dollar Hoods, understands both the importance and rarity of such a measure. On behalf of the non-profit, she examines city budgets and other records to determine which programmes are being most and least financed by local governments.

“[Police officers] are not fully equipped to deal with all of the issues that they are fully funded for,” Reynoso says, explaining that most of the budgets she analyses disproportionately distribute money toward police departments and away from community-based services, perpetuating the cycle of excessive detainment within racialised neighbourhoods. 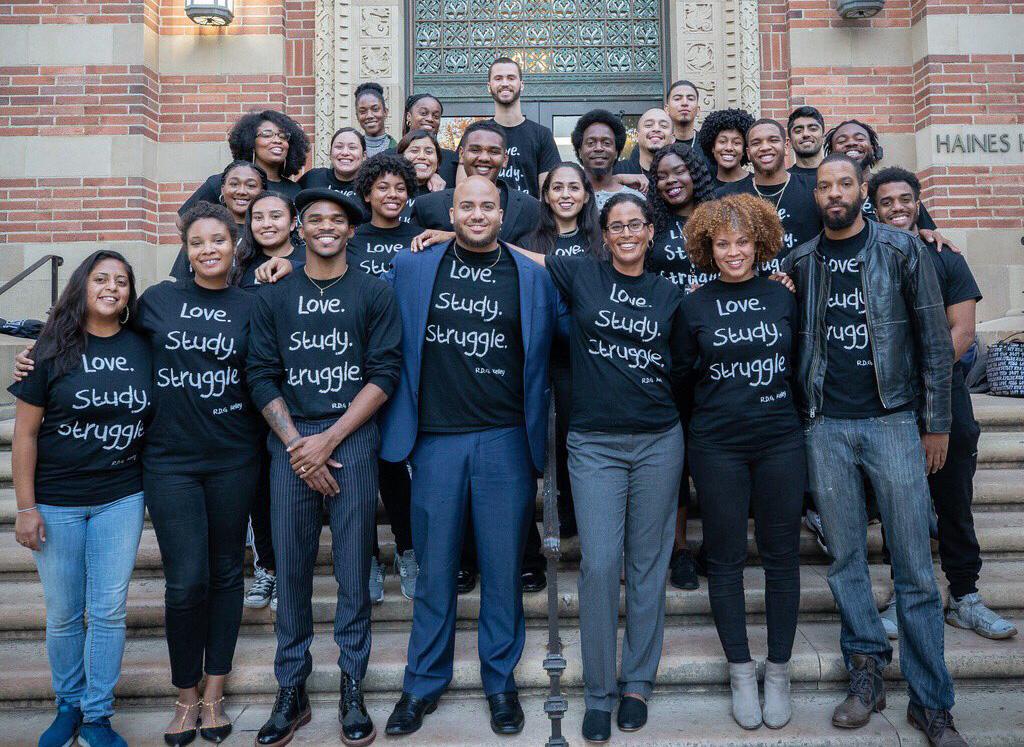 Million Dollar Hoods is dedicated to documenting the fiscal and human costs of mass incarceration in Los Angeles.

The broader mission of Million Dollar Hoods involves gathering comprehensive data regarding policing and incarceration patterns within Los Angeles and presenting that information in an accessible and impactful manner. By tracking the costs of arrests, contacting local law enforcement officers and partnering with surrounding organisations eager to enact change, Million Dollar Hoods investigates why problematic criminal procedures exist and persist in the United States.

“We find that most of the top charges [in Los Angeles] are [for] what we call “crimes of poverty”: things like solicitation, public drunkenness, having an open container or sleeping in public—[charges that] typically target people who are houseless,” Reynoso says. “Once we’ve [identified that information], we [ask]: what alternatives do we have? Instead of finding more cops to arrest people who are sleeping on park benches, can we [fund] diversion programmes, substance use programmes or mental health programmes for these [individuals]?”

Whichever, wherever and however reformative efforts are made, one truth remains common between many of the people and organisations advocating for change: preventing crime and addressing criminal justice often requires empowering entities that seem entirely unrelated to those actions. Because enduring colonial structures and tendencies continue to bolster mass incarceration, particularly that of Indigenous and racialised people, solutions lie not within our existing systems but around and beyond them. Strengthening communities and offering diverse resources when conflicts arise may be the most promising ways to rebuild our institutions on even ground and to create countries that value all voices, authentically singing every freedom song.