People’s Planet Project: equipping Indigenous peoples with the tools to tell their stories, advance their rights and preserve nature 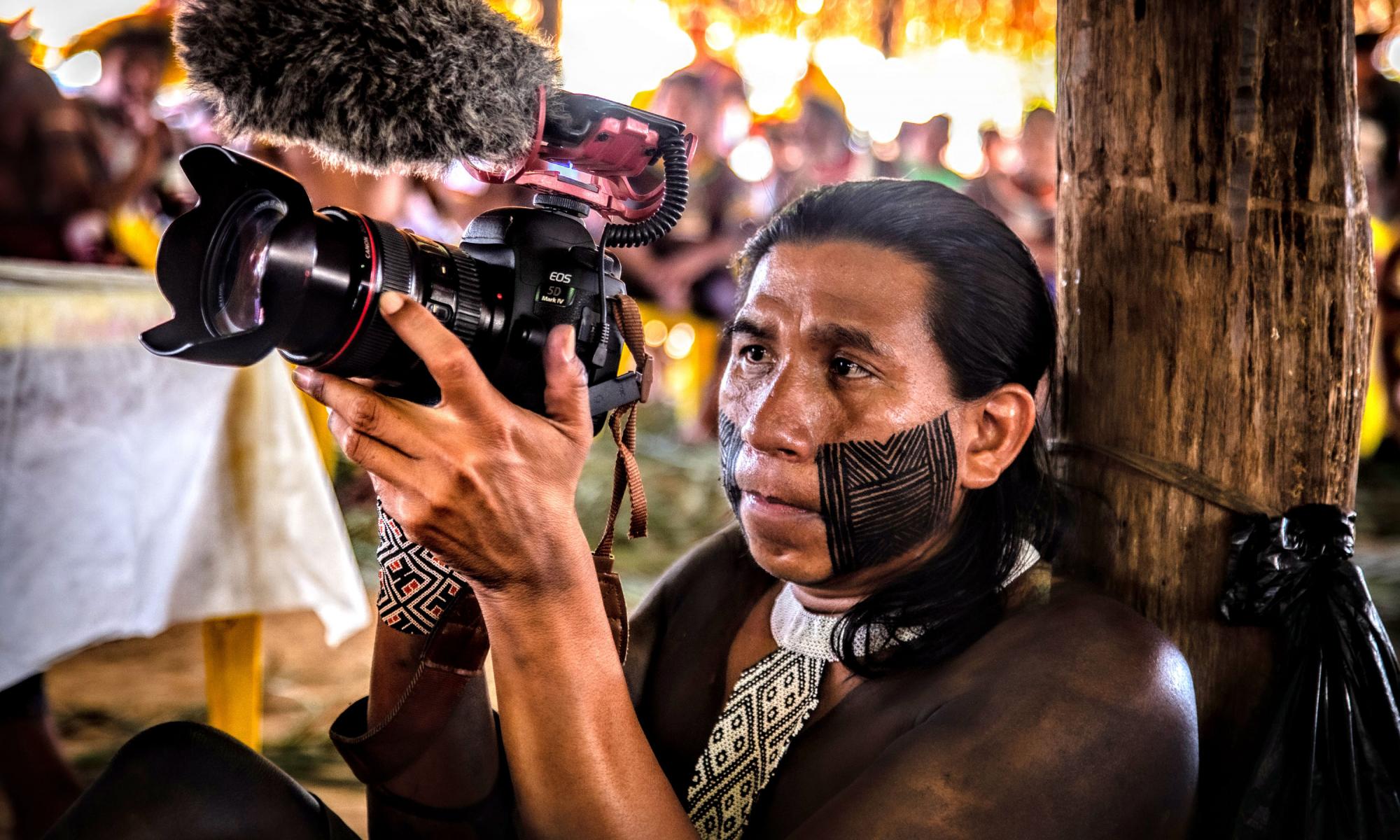 As the world teeters towards its seventh mass extinction, deforestation is one of our major issues.

Every year an estimated 18 million acres of forest—an area roughly the size of the country of Panama—is lost to deforestation. As a result of human activities, tens of thousands of species are lost every year. That is three species per hour. The planet as we know it depends on this increasingly diminishing biodiversity. Humanity depends on it. Without it, we simply cannot survive. For this reason, we need to listen to the people who have guarded our forests and preserved our planet for centuries.

People’s Planet Project is a non-profit that works to challenge the status quo of filmmaking by putting young Indigenous storytellers behind the lens. At the centre of the project rests its most important value: to stand with and assist Indigenous communities as they battle deforestation. I spoke with Abdel Mandili, founder of People’s Planet Project and its platform Tribal Stories.

Abdel, would you start by providing a bit of background to the project?

I can actually start where it all started. I am, myself, a documentary filmmaker. When I completed university, I travelled to Indonesia to cover the stories of Indigenous communities facing massive land grabs from the palm oil industry in Kalimantan and Sumatra. I worked with local communities and filmmakers and together we made a couple of films, and when I returned home to the Netherlands, I kept in touch to see if the situation was improving. Every time, I would hear . . . news that there’s a new concession going on or another palm oil company [had] seized their territories, and these communities were left without a voice and with no power to resist those operations. I started thinking, what is the essence of making the films I had made if it’s not making an impact? That’s where the idea started—to establish People’s Planet Project.

You make it clear that you work closely with Indigenous communities throughout all stages of the project. So what were the first steps you took when establishing PPP to ensure these communities were at the forefront of the choices being made?

Indigenous communities want to preserve their territories, and we want to help them do so. So, in close collaboration with Indigenous communities and working with local filmmakers, we looked into what the communities needed to resist these operations. The communities made it clear that most of the time, when the conflict is at its highest, there is no filmmaker around to capture what is happening. If these communities are trained and have the necessary equipment, they are the ones well-placed to document what is happening in their territories in real-time. They can tell their own stories. So, we came up with a film curriculum which teaches the basics of filmmaking and provides them with camera gear and equipment.

We then began talking to other communities in different parts of the world. From their feedback, we identified video technology and geospatial data as tools that could be used in court as evidence. Indigenous communities don’t have documents which entitle them to own a particular territory; it’s just preserved and passed down from one generation to the next. They don’t have a piece of paper that they can show to a lawyer and tell them you know, “we own this” because it’s not the way they live. We realised that video and geospatial data can instead be used hand in hand as proof of evidence that communities do have a very long history with the land. The coordinates can show where the land is situated, while the videos can be used to show how the land and the wisdom are connected.

So we’ve been expanding our curriculum from just the film curriculum into a geo-storytelling curriculum. Our GeoStory Camps are 12-day workshops, where Indigenous communities are trained on the basics of filmmaking but also on how to use GPS devices and geographic information systems [GIS] to localise their territories.

Indigenous communities are very vocal, especially right now, and they really are trying to resist large scale deforestation. The most important thing for them is to use the content as proof of evidence. They can use the spatial data to visualise the hotspots within their territories, use satellite images which show evidence of accelerating deforestation and, through video and the spatial data, be able to prove what is happening. We then work to connect the communities with trained environmental lawyers in the hope that the content can be used to make a case in court. And that’s, in a nutshell, what our approach is and how it came about.

Would you be able to provide some context as to what is happening on the ground regarding deforestation and other forms of resource exploitation in Indigenous territories?

You have to understand that for Indigenous communities to continue living the way they live, they need their territories, which are threatened or seized by big multinationals. The communities have long been on the wrong end of international . . . human rights law[s], they have been completely ignored, and judicial systems are not hearing them.  For instance, the Brazilian community that we work with—the Kīsêdjê, who live in Mato Grosso, throughout the Xingu River basin—face large-scale deforestation from agribusinesses, primarily soybean monoculture. The Kīsêdjê live in protected territories but the current administration of Bolsonaro doesn’t really care about protected areas or these kinds of labels. In 2019, more than 92,000 hectares of forest were cut down in the region. The communities are really left fighting alone for their existence.

In the following clip shot by Mandili we see a similar story. Mr Japin, an Indigenous farmer from the Silat Hulu community of West Borneo, Indonesia, tells of his fight against the palm oil multinational Sinar Mas Group which have seized his customary forests without his consent.

Would you be able to provide insight into what Indigenous resource management would look like if big industry were out of the way?

Yeah, I think that would be a question best answered by Indigenous communities themselves. We must be very humble as we work to listen to what the communities want us to offer them. It is only after listening and consulting with them that we can understand each particular community and each case. So, as best as I can to respond to this question, and again, being very humble, Indigenous communities have been living for centuries in the Amazon region, in the Congo Basin, in the Asia Pacific rainforests; they know the ins and outs of the forest territories; they know the species, the plants, the medicine and what can be cured with those plants. If we listen more carefully to their stories, we can have a library of wisdom that we have never explored before. And I think, again, being very humble, we have to listen more to those communities, because they have the best practices, really the best practices to preserve Indigenous territories, and they live in some of the most bio-diverse areas in the world. And, that’s not for no reason. It is because they use their ancestral knowledge to preserve their territories in the way it has to be preserved. So, my answer would be to listen more, and then the whole world will open to us in terms of how to treat our planet and the forest in the best way possible.

Can you talk more about the importance of ancestral knowledge and how your project can help preserve such knowledge for future generations?

So the elderly people hold the wisdom, and they are kind of the library for the community on how to live in a forest. If we enter a forest, we just see trees, and it doesn’t really mean anything to us. But for them, if they enter a forest, each tree has a history and a story to tell and a different way to treat it. So that’s a very different perspective. Indigenous elders are the ones who are orally passing this knowledge on from one generation to the other. And the communities right now are very very hard hit in terms of the pandemic. The younger generation has a real fear that when their elders pass away, the wisdom they hold will disappear with them. So that’s why it is very urgent not only for communities to document the unsustainable practices, but the videos, in this case, could also be used to document all the ancestral wisdom. This way, the knowledge can be stored and transmitted from one generation to another, so a new generation of Indigenous leaders can use the wisdom that their communities have preserved for hundreds and hundreds of years.

How have Indigenous communities embraced this project?

When we reach out to Indigenous communities, for instance, we tell them what support we can offer, and every time they are so excited, and it resonates. They get excited to receive the workshop because they believe that they will be empowered to tell their own stories. They really express that they need this kind of support. So yeah, it’s resonating, and they really like the approach and are really looking forward to receiving the workshops. It is a sign that we are going [in] the right direction, but we must not forget to listen very carefully each step of the way on how they want it to be. So, in the whole journey, we have a very humble role in terms of how to preserve, how to help communities. With COVID, they have another challenge that they are facing right now, so it is tough for them at this moment. 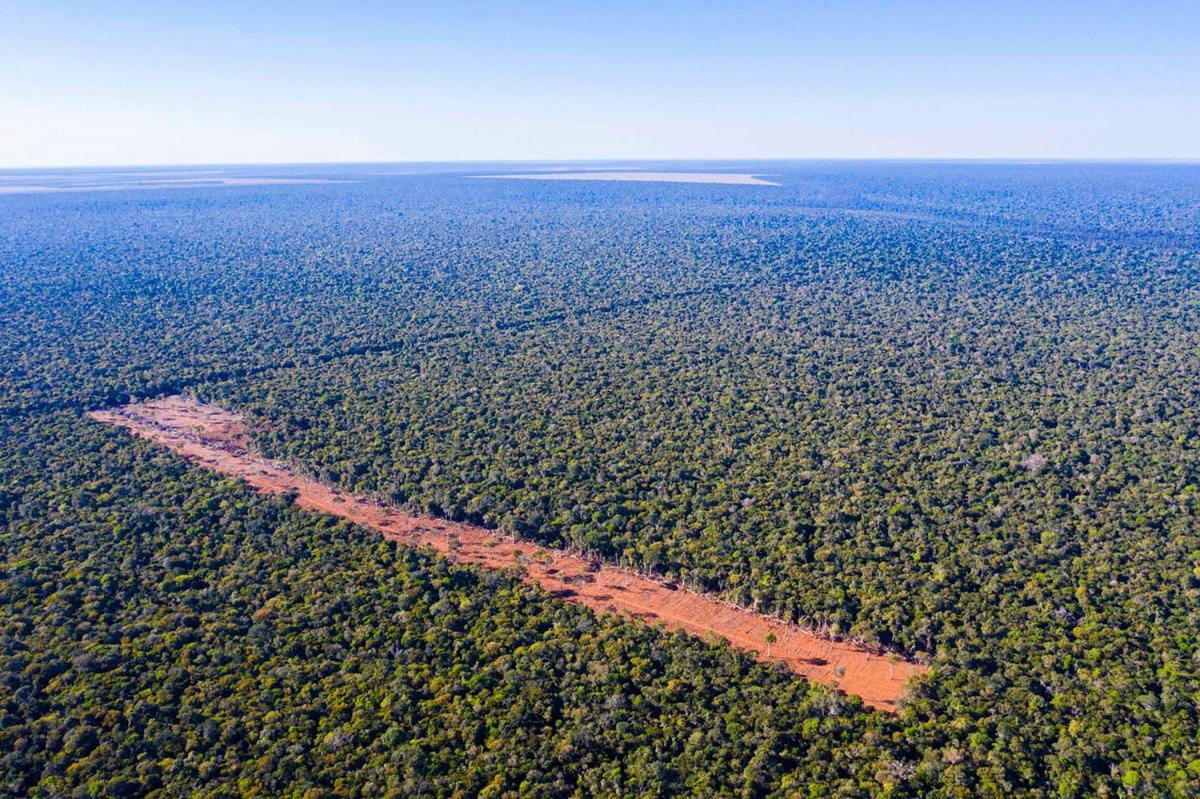 The Xingu Indigenous Park in the Brazilian Amazon is one of the world’s most biodiverse areas. In 2019 alone, more than 92 thousand hectares of the forest in the region was cut down. Photo by Kamikia Kisedje

So what would you suggest for those—both Indigenous and non-Indigenous—who are interested in the project and would like to support you or participate?

We are still looking for Indigenous filmmakers who have a passion for storytelling. The filmmakers work as the ambassadors for the communities, and they are the ones who are helping us translate the curriculum into the local language. They then facilitate the workshops. So that’s one thing.

What does the future look like for the People’s Planet Project?

We have this ambitious plan that by 2024, we are able to provide 20 Indigenous communities with our workshops, and as a result, preserve at least five million hectares of Indigenous forest lands from being deforested or reclaimed. It is quite an ambitious outlook, but also Indigenous communities are the guardians of our forests. If you give them the rights to manage their territories in the best way, then that would help us as human beings to live on and preserve this planet.