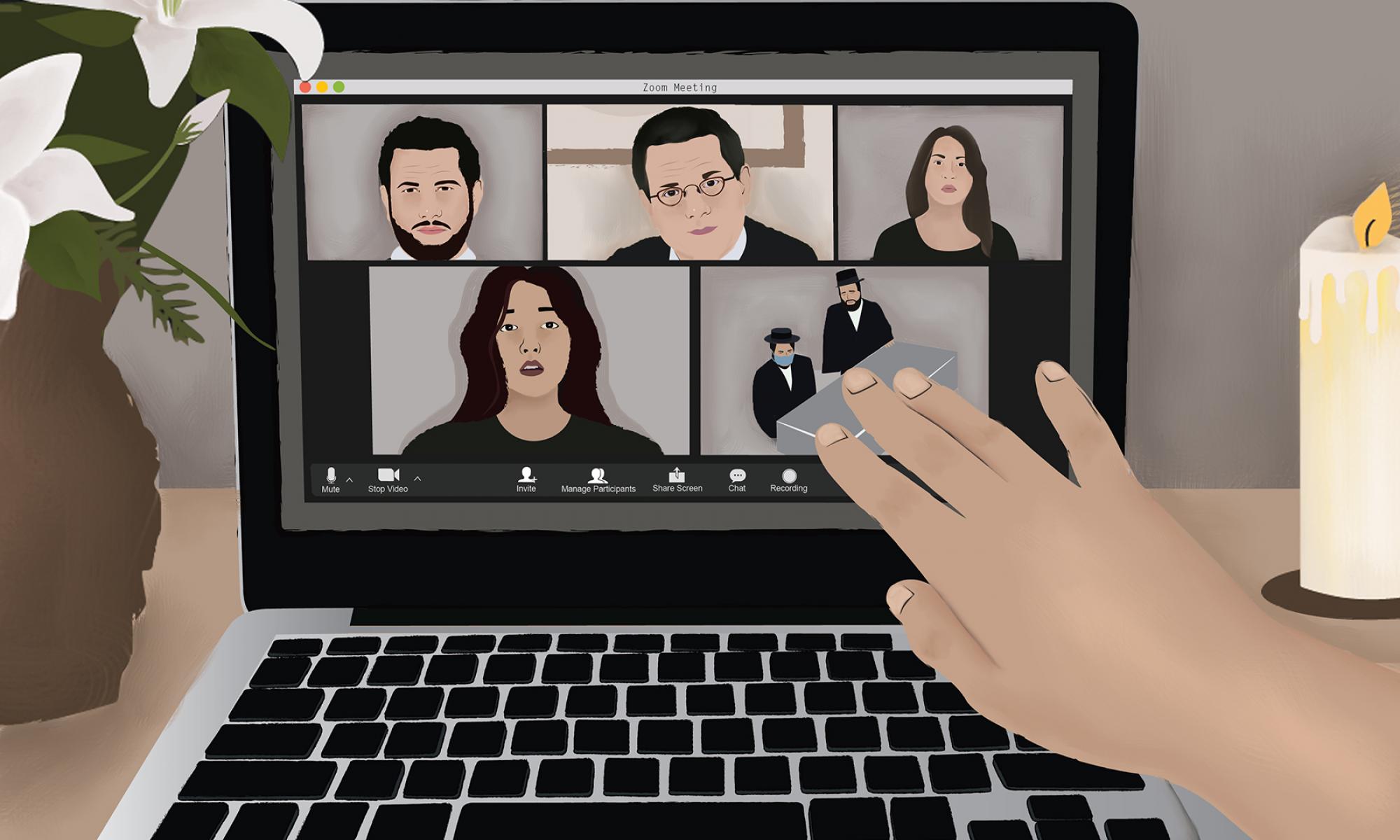 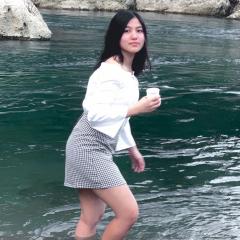 In Judaism, there is a special prayer recited in memory of the dead. It's called the Mourner's Kaddish and religious law dictates that it must only be said in the presence of a minyan, meaning ten or more people. So what becomes of the mourner in a world that can no longer gather? This is the question that individuals of all different faiths are attempting to answer in the age of COVID-19.

As the global community reckons with a moment of mass mourning, the malleability of our grieving systems is on full display. While social distancing guidelines have made the strict end of life rituals that are customary to many religions non-viable, faith leaders are working hard to support those grieving from afar. With Zoom funerals and service materials passed through metal gates, religious institutions are proving they are prepared to bend and flex in order to help with the hard goodbyes.

The procedures surrounding human loss may look strikingly different, but the loss itself should appear familiar. Inside the unprecedented nature of the statistics, real individual lives were cut short, and that pain pays no heed to historical significance. Any collective loss is made up of a great many individual losses, and when separated down like that, the grief of this moment is not some spectacular and impersonal matter. It is just grief, as agonising as it always was.

Dr. Lawrence Kaplan, “Lawry” for short, is an oncologist and haematologist at UCSF's medical centre in California. He lost his mother one week before her 101st birthday due to complications from COVID-19, after a number of residents and staff in her assisted living unit in Massachusetts, US, contracted the virus.

Eldercare facilities have been especially hard hit by the pandemic, with 42 percent of overall deaths in the US coming out of nursing homes.

Kaplan had heard from the head of his mother's unit when the first resident tested positive and died. Then again, when another had tested positive, and again, and again until finally a call came about his mother. She had lost her appetite and then passed out. Emergency room doctors administered a COVID-19 test which came back positive.

Being an oncologist, Kaplan is well-acquainted with what he calls the "end-of-life issues". Having seen intensive care units first-hand, he was certain he did not want his mother there.

“It was so quick, which in a way is a blessing," Kaplan said. “It just suddenly happened. She was sick and three days later she died. There's not that much time to really think and that, I think, was sort of disturbing. The fact that I was only able to see my mum even before this for a few times a year at most, I think that made it difficult too. I think I always wished that I had seen her more in the time before COVID.”

The suddenness of the loss has become an unsavoury hallmark of death during the pandemic. The accelerated timeline of fatal cases coupled with the inability to be physically present at the time of a loved one's passing can create complications in the mourning process.

Dr. Kathy Shear, founder and director of the Center for Complicated Grief at the Columbia School of Social Work in New York, explained that "not being able to be at a loved one's bedside and feeling that they died alone and died in pain, those kinds of things are very much risk factors," which can make it exceedingly difficult for mourners to process the loss and move on.

Dr. Shear, who specialises in the psychology of prolonged grief explained how "the person can get very caught up in thinking, for example, that they let the person down, that they didn’t do enough for them, that they somehow could have done something different." This "if-only" approach, referred to in psychology as counterfactual thinking, is a completely natural reaction to loss—but Dr. Shear warned that problems emerge when that thinking establishes a permanent foothold.

Kaplan, who was raised Jewish, said his family held both a Zoom funeral and a virtual shiva. In Judaism, it is typical for mourners to "sit shiva" for a week. During this time they are visited by friends and family to reflect on the life of the deceased. Kaplan described the Zoom funeral itself as dystopian, a barren landscape of headstones on the screen with the figures of his brother's family and the rabbi gathering around the gravesite after a bulldozer had shovelled dirt atop the coffin.

"It was just very creepy and unsatisfying and impersonal in a way,” Kaplan said. However, he described the shiva which followed that evening as being much more of a comfort. "My brother and I got to talk about my mum," he reflected. "My mum was a really wonderful person, really a very unique person and I... it was good for me to be able to have other people see that. That made everything much better." 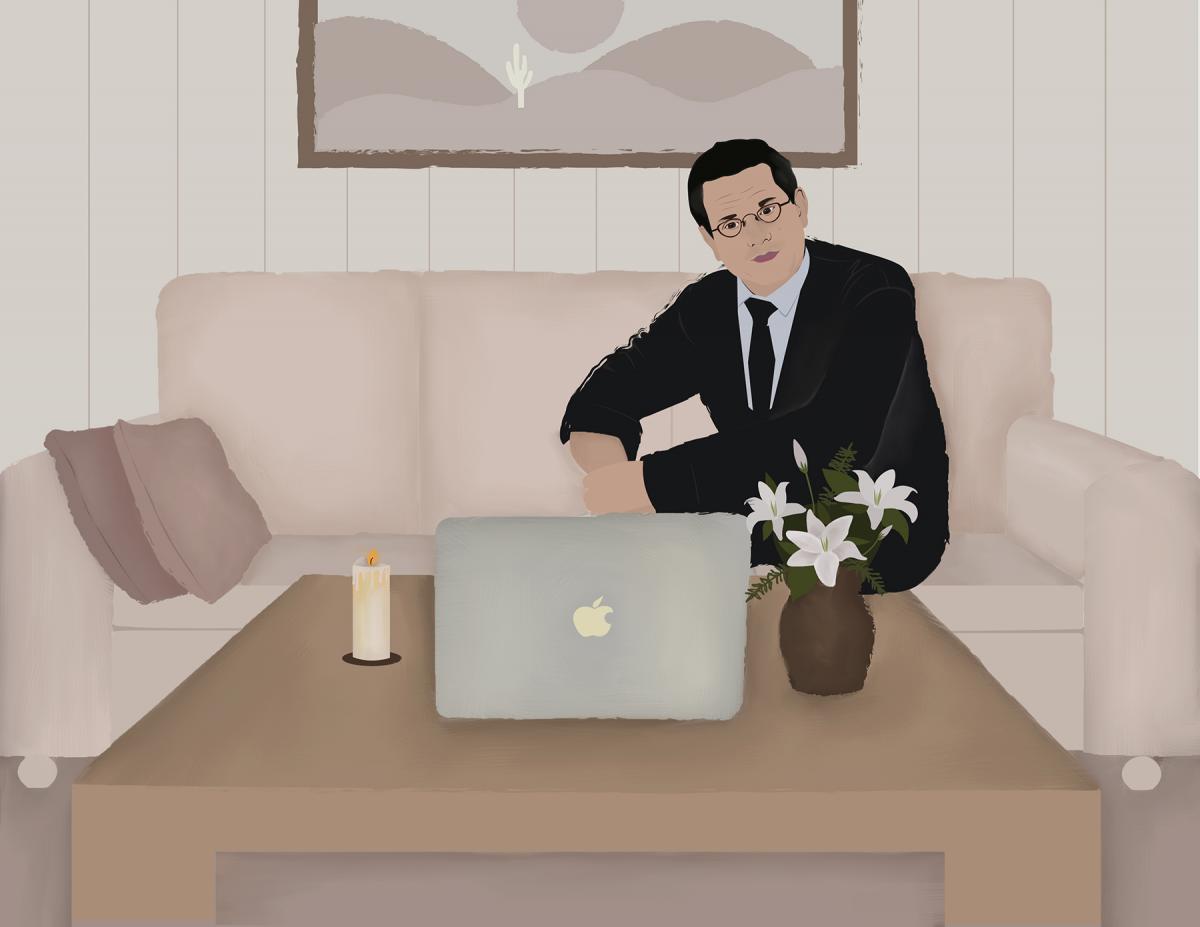 Dr. Shear emphasised that mourning is a deeply personal act. In fact, she said she resents the so-called 'five stages of grief' which have become mainstream in society. She said that while she understood the longing for a sense of structure in what can feel like an amorphous process, something so clean-cut causes bereaved persons to be misguided in their expectations.

“There’s nothing specific about grief that you have to do," she asserted, "what’s important is that you find your way to accept the reality and to restore a sense of wellbeing, but people do that in all different ways.”

Kaplan, while raised in the Jewish tradition, is a self-described non-believer, attracted more to the customs than the faith itself. Although religion has never been a personal comfort to him, Kaplan occupies a line of work that forces him to face mortality on a daily basis, and said it had been one of the more remarkable experiences in his life "to see how people individually adapt to either bad disease, which may be curable, but also adapt to end-of-life issues."

After inadvertently studying the mourning process for so many years, Kaplan described his personal grief as a bit more complicated. He said there is the potential to "feel a little bit isolated, in a way, from the emotional process of loss because there’s part of you that has to be a little bit immunised to that, otherwise you couldn't do the job."

Despite that concern, the emotions that Kaplan described in the wake of his mother's passing mimicked patterns that Dr. Shear deemed typical of the moment. Kaplan said he was angry, not at the caregivers or retirement facility but at the federal government and President Trump for mishandling the situation. Then he felt angry all over again, this time at his own anger since it was not the primary emotion he had wanted to feel at the end of his mother's life.

However, Kaplan's discussion of anger was brief, quickly eclipsed by a recollection of how, even in her later years when she began to suffer from dementia, his mother could recognise the faces of both he and his brother.

"You could see her face light up when you showed up unexpectedly to visit her," he said. "Any visit was unexpected because if you called her from the airport and said we’re here, we’re coming over, she wouldn’t remember by the time you got there," Kaplan joked.

This is a singular portrait of grief. Kaplan's pain was deepened by separation, softened by community, resharpened by anger, and made dull once again by a deeply personal memory. While it cannot be a blueprint for any other mourner, it puts in recognisable and personalised terms the massive loss that COVID-19 has set off across the globe.

“I think about my mum often, and I miss her even though I saw her very little in the last years," Kaplan said. "Knowing she was there was always enough.” 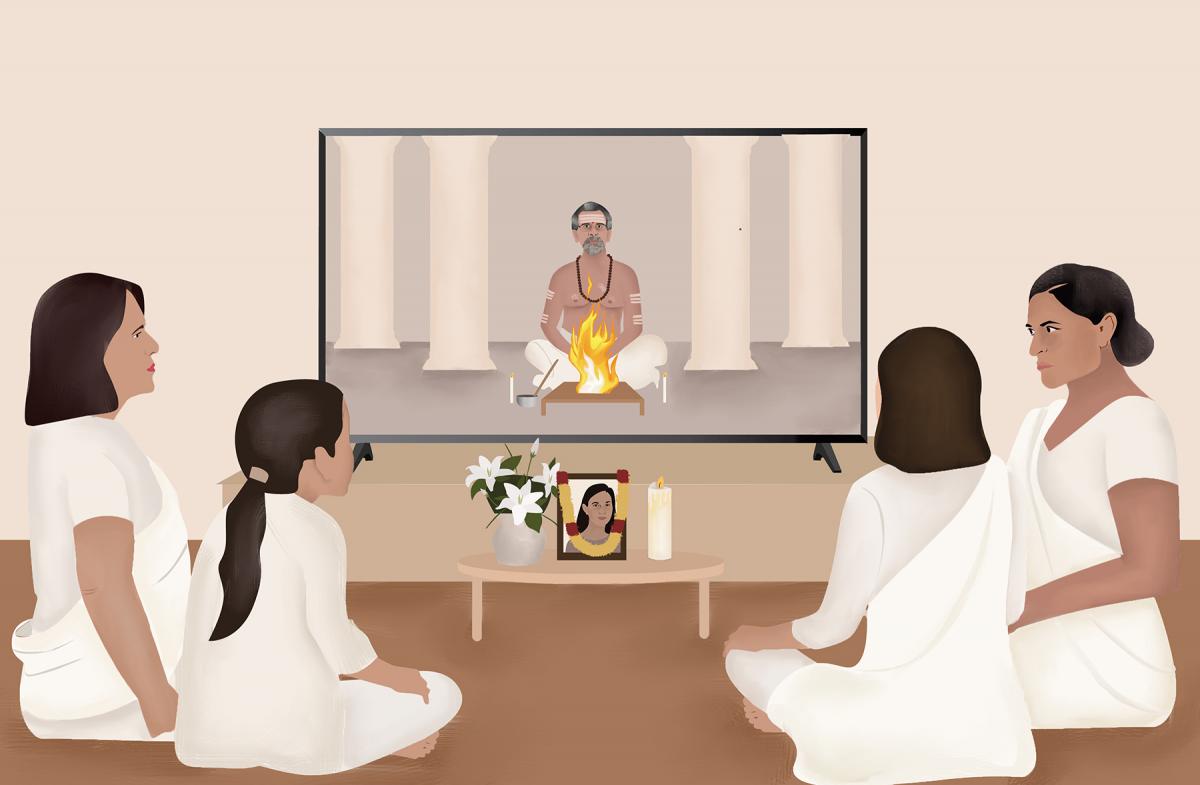 Religious institutions are evolving to help with the hard goodbyes

Many faiths are opting for the Zoom funeral as a temporary substitute for in-person gatherings. At the Hindu Temple Society of North America in Queens, New York, priests are offering families virtual support in performing the customary religious rites.

Ravi Vaidyanaat, the Society's director of religious affairs, said the temple has been closed to the public in accordance with the stay-at-home order but has remained open for faith leaders so that they can perform pujas (worship rituals) behind closed doors. The temple sends all the materials required for the services or offers to pass them through the gates, and then the family can connect online with a priest who will conduct the prayer.

"We need to blend between old and new," Vaidyanaat said, “our mind does not allow us to forego certain things.”

Usama Shami, who serves as president of the Islamic Community Center of Phoenix in Arizona, US, recognises this need for acceptance and said his mosque has been offering spiritual explanation to members who have lost someone during this time.

In Islam, it is tradition that when someone passes they are buried as quickly as possible. Since Arizona had become one of the US' hot spots for the virus, there can be a delay in the issuing of the death certificate as well as complications with the washing rituals which are not safeguarded against spreading the disease. Shami explained that thankfully “there is a lot of leeway in the faith with respect to unusual circumstances. Circumstances that need to change the rituals, the religion is flexible to that.”

Flexibility is proving a virtuous principle for congregations during the COVID crisis, allowing breathing room for both the logistical and mental approaches to worship.

Minister Marvin K. White, who serves the Glide Memorial Methodist Church in San Francisco, said his job as a public theologian is to be constantly asking "Where is God in this?" Though this moment mounts a formidable resistance to that effort, White believes it is merely a renegotiation of the divine contract.

"Now God is in your house with you and now God abides with you," White said, "you don’t go to see God, you now believe that you are worth God coming to you and that's a different relationship.”

Faith leaders have stepped up as a second line of defence during this time, bending religious practice to allow traditional death rites to be honoured despite social distancing guidelines. Once the rituals are accounted for though, the sorrow itself has to be set apart. It deserves room to breathe outside the context of the moment. The bigger story may be unprecedented, but the pain of losing a loved one is not. It is a universal fact of human life, so there should be no scarcity of empathy to meet it, however high the death toll rises. The ubiquity of grief is what should sear these names in the global consciousness. 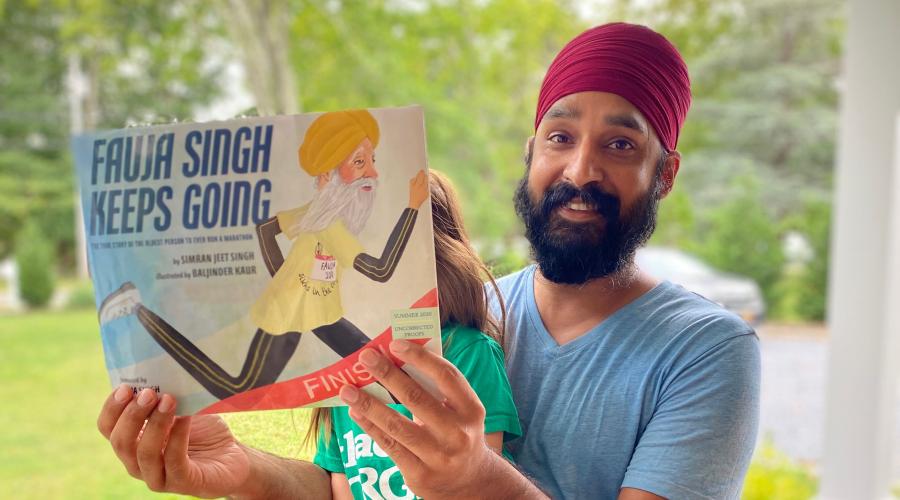 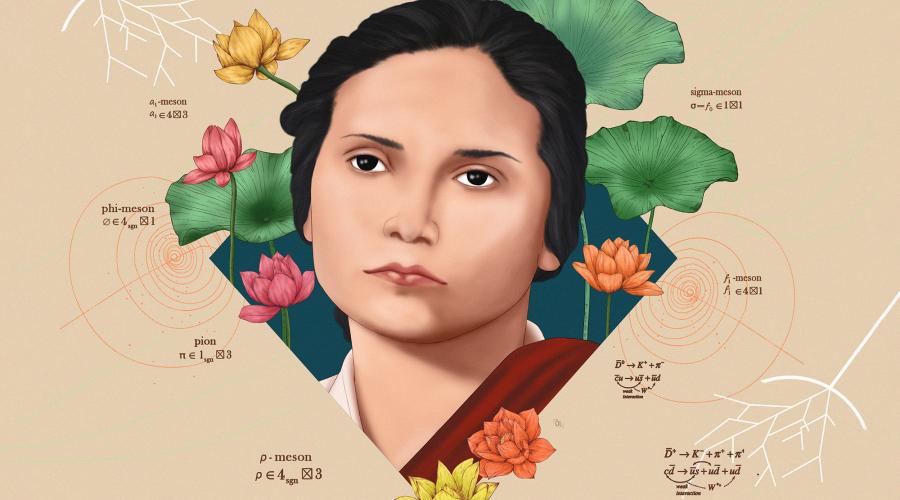 When the tag line “all you need are shoes” isn’t enough: how White privilege applies to recreational running