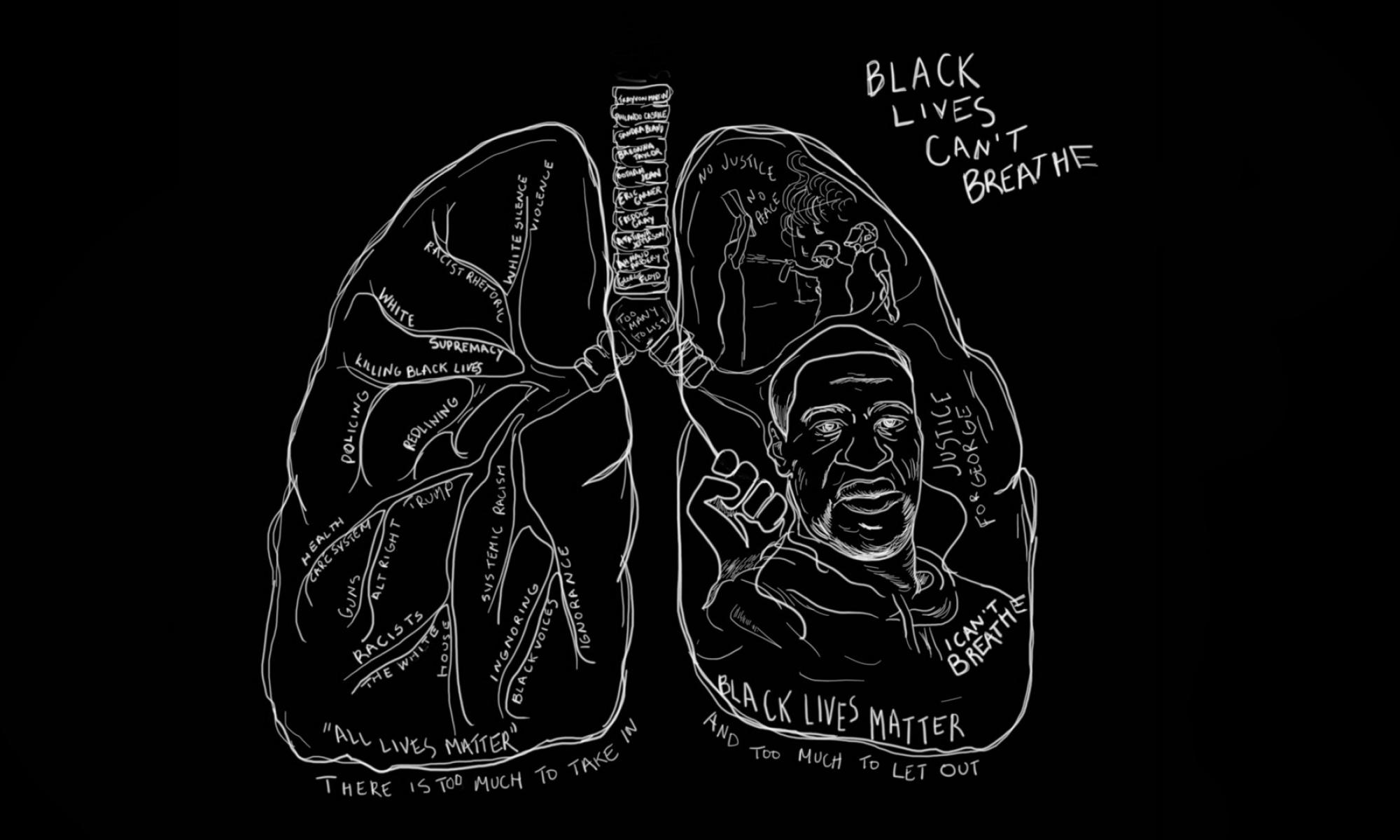 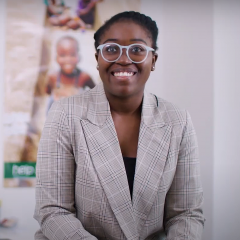 I can’t breathe. Watching the video of George Floyd’s head being trampled into the cement road by police officer Derek Chauvin caused everything to fade around me.

As my eyes welled up with tears and my mouth hung open from shock, I thought, not again; when will this stop?

Eric Gardner, Sandra Bland, Trayvon Martin are just a few of the names that raced through my head, while the deaths of Ahmaud Arbery and Breonna Taylor were still fresh in my mind. My brain began to remember each of their stories and how their fate was ultimately the same—through no fault of their own. In that moment, I realised that something was different. The pain was different. It was deeper. It could’ve been me in Floyd's place; it could’ve been me in any of their places. I allowed myself to process something that I had become numb to, up to that point. As my social media feed began to fill with both opinions and solidarity around Black lives in the coming weeks, I allowed myself to feel the pain of my existence. It could’ve been me.

Born and raised in North West London to Nigerian parents, identity is something I’ve grappled with my whole life. I’ve become accustomed to being a chameleon of sorts, adapting to whichever space I occupy. I’ve lived in both Ireland and Australia and even there I adapted my identity to suit my environment. Subconsciously, I have found myself working hard to ensure I don’t fit any negative stereotypes. Time and time again, I've gone out of my way to compensate for how I look, in hopes that the colour of my skin won’t make people uncomfortable around me. Smiling more often. Trying to take up less space. Not raising my voice. Being assertive, but not too assertive to avoid scaring anyone or, worse, being labelled an “angry Black woman”. It’s been exhausting.

The thought that it could’ve been me has echoed in my head since I watched the George Floyd video. It has caused me to remember past incidents where my race negatively dictated my experience. Occurrences such as expecting to be followed (not so discreetly) by security guards whilst shopping. Every. Single. Time. Being spat at in the street. Being called oreo, malteser and the likes. Being referred to as a ni****. Being asked, “Yeah, but the colour of your skin... where are you really from?”.

Reminders of not being the norm have been constant in my life.

I remember the day I found out that peach-coloured plasters are supposed to match one’s skin tone—I’d always accepted the contrast. I remember the way in which self-hatred towards my hair texture for many years culminated in me nearly cutting it all off out of disdain of its “otherness”. I remember feeling the need to cushion harsh responses to my surname by saying, “brace yourself, it’s a little long” before spelling it out in a bid to ensure I’m not greeted with a frustrated sigh afterwards.

When such experiences occur so frequently, internalisation of a certain narrative comes naturally. There are times when I forget—but only briefly. Comments such as “they should all go back to where they came from” or “let’s wait to hear the full story” in regards to a Black man being killed for no reason promptly wake me up to the reality of my existence.

For me, it’s been a journey of accepting and embracing my “otherness”. It’s taken the amplification of voices like mine for me to realise I’d been holding my breath all this time. It’s helped to affirm that how I’ve been feeling is valid and that my story isn’t unique. The thought process of “well, if it’s not tangible and can’t be pinpointed to specific scenarios, does it really exist?” is toxic. Veiled racism is dangerous; it often presents itself as symptoms of systemic structures placed within societies.

With the world at a standstill in many ways, a magnifying glass has been cast on issues of race. The fact that so much awareness has been raised and tough conversations had during the pandemic is good. But there is still much work to do. There’s no quick fix. Racism is a justice issue, not a political one. And justice must take precedence in order for reconciliation to follow. Justice needs to take the form of acknowledging the systemic structures which have brought us here—the process cannot be rushed.

It’s not good enough to just not be racist. Taking an active anti-racism stance is also important. Black Lives Matter is more than a social media trend. For many people like me, it’s pointing to a larger narrative affecting aspects of our everyday lives, big and small.

The pandemic has been a great time for collective reflection and action. As humans, we have the opportunity to see the glass half full and make the most of what’s left of 2020. With the vast amount of easily accessible information, ignorance is no longer a valid excuse.