A photographer's perspective on how COVID-19 transformed life in Italy 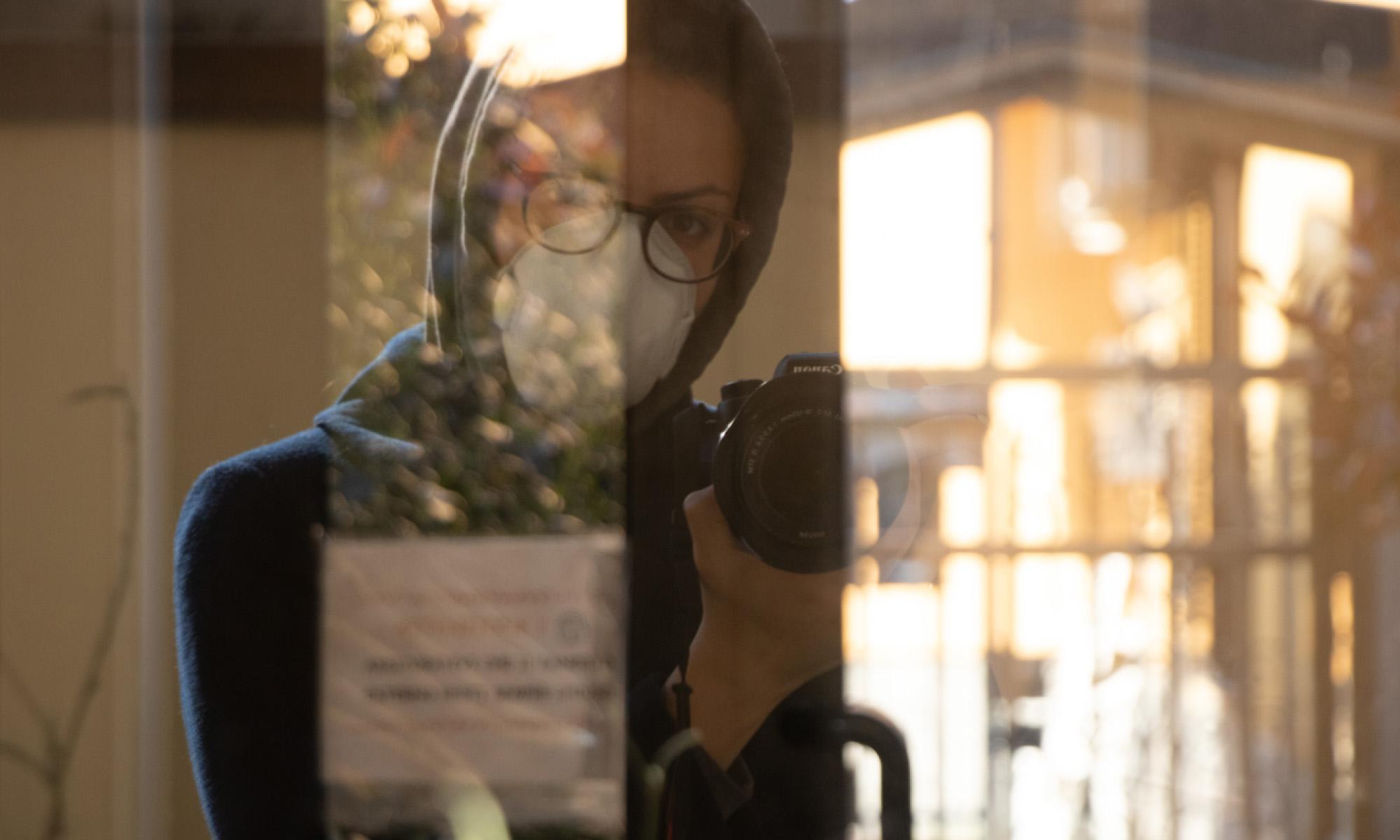 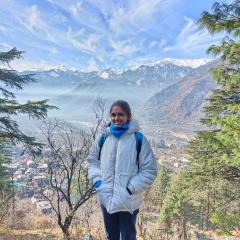 Marta Roncalli is an avid photographer and a student of political science and communications in Milan, Italy. She uses photography as a window to society, an instrument to visually analyse and express her social reality.

The national lockdown in Italy meant Roncalli was confined to her home and could no longer go out and capture the vibrancy of Italian life the way she usually did on her daily commutes. However, she took her time in quarantine as an opportunity to look within herself and to reflect on how both her life and the life of her country had been upturned and transformed by the pandemic.

I caught up with Roncalli and got a glimpse, through her camera lens, into what life in lockdown looked like for her and her family.

What was the inspiration behind these photos?

With these few shots I tried to tell [the story of] our new way of living (mine and that of my family), during the days when Italy became the first occidental democracy to contract the virus. Obviously, each one of us was getting more afraid day after day because of the high number of deaths but in the confusion we had to reinvent our lifestyle and adapt ourselves to staying inside the four walls of our house. This was, in general, the aim of my photography during the historical period—to capture how people here in my country have reacted and adapted both physically and emotionally to the situation.

Living and rediscovering life in quarantine.png 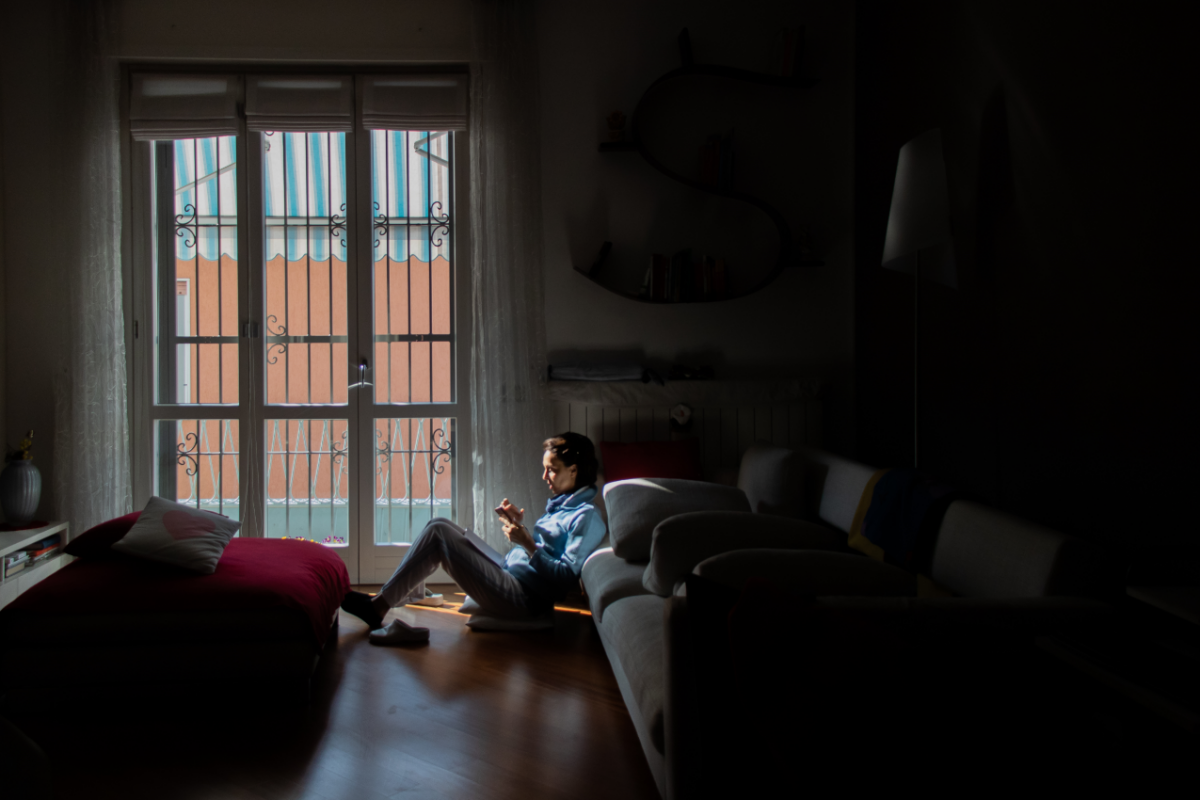 Living and rediscovering life in quarantine

Can you tell me about the process of change in Italy—how did it go from normal life to complete lockdown?

It all happened suddenly. I remember that the Sunday night of the 23rd of February, we heard the speech of our Prime Minister Conte, who announced that the whole country had entered the most critical phase of the epidemic and that most of the public places such as schools, churches, cemeteries and so on would all have to be closed from the next day onwards. Everyone was shocked and felt panicked as it didn’t seem to have a near end. 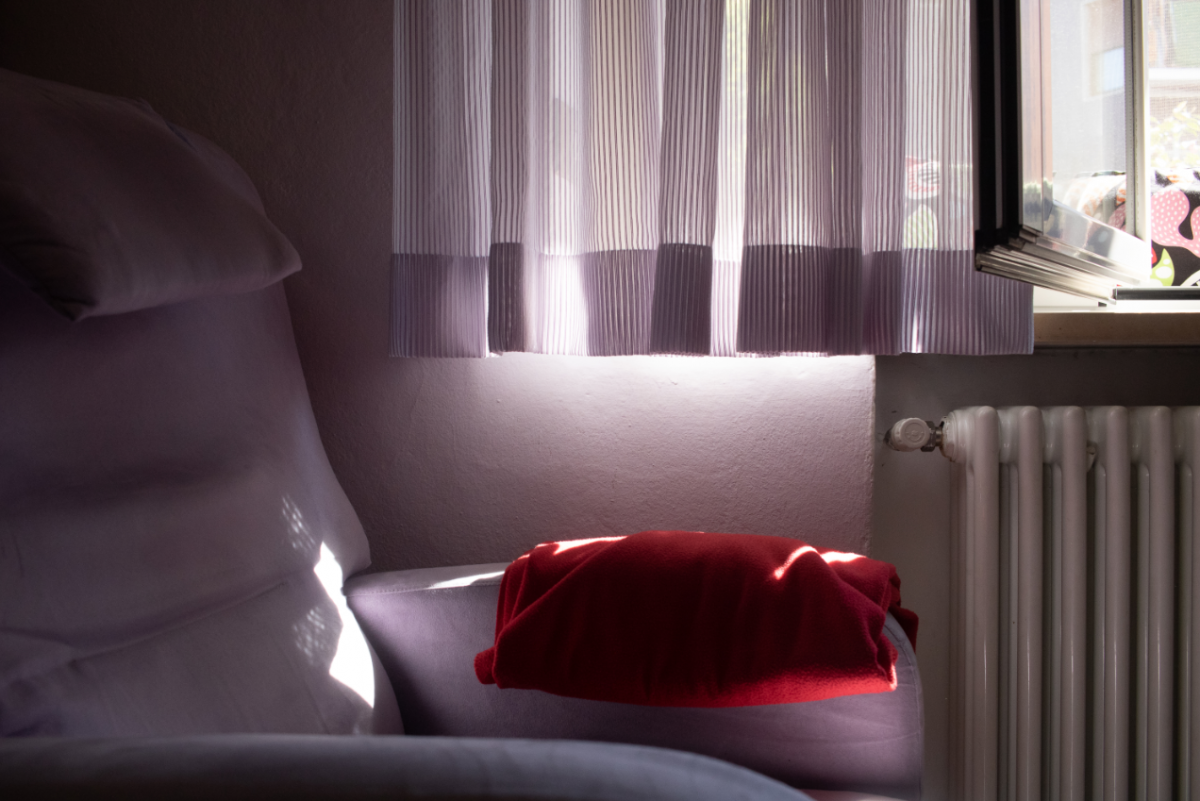 The light filters through the windows and warms the room

Being a photographer, it must have been difficult being in quarantine. How did the lockdown change the way you operate?

Well, I feel like I can compare myself to my friends who take pictures in order to explain their point of view better. I think everyone interpreted the pandemic in a different way, us photographers too. Some of [my friends] chose not to speak about the situation in which Italy was, especially during the first [few] weeks, when social networks such as Instagram revealed the fears, anxieties and uncertainty among people. Others like me, instead, chose to try understanding reality by analysing it through the lens. Without the possibility of going out, I turned my attention to my family home, where I live now, and captured what I was seeing indoors and out my windows.

My motto during quarantine as an imaginative and creative person was to try to be creative and try to turn to something more intimate because I realised that the time could be a great opportunity to exercise my creativity, explore photography composition and gain confidence with the camera.

I can say that my life completely changed. I used to spend the whole day out, always moving from one place to another in the large areas of Milan and the neighbourhood, from my university to work, from work to wherever I enjoyed taking photos. Then I would go meet my friends and eat together—normal habits that could not be put into practice. Because of the enormous spread of the virus in my region, Lombardy, the epicentre of the Italian epidemic, we knew the situation would last for quite a long time. But I think, eventually, we got used to social distancing and to staying at home. 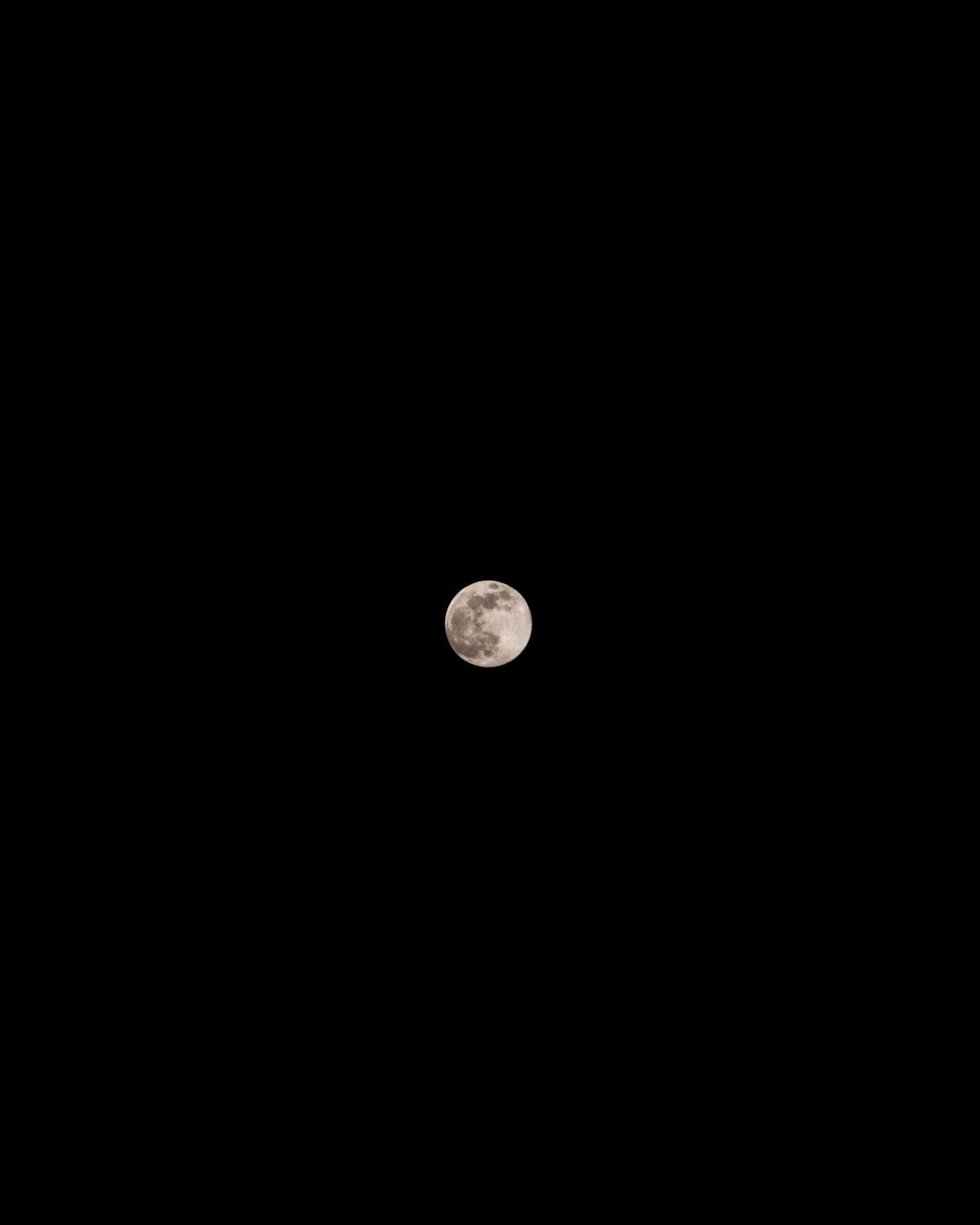 Nature as a source of comfort—full moon

Tell me about the thoughts and emotions you went through.

Honestly, my mood depended on the day. I remember that during the first [few] days I felt very stressed and stuck—we couldn’t completely understand what was happening outside. Moreover, I was supposed to take a trip two weeks later, and everything looked confusing and uncertain. My thoughts were: How long will this situation last? How did the virus get into Italy? Why was Lombardy the most affected region? That time was very difficult; I felt afraid and, at the same time, mad because nobody was able to control what was going on. That’s why learning to stay at home was so difficult for me—it meant I had to ‘be at the mercy’ of something that I didn’t know or understand. Later, with more information and clarity, we all understood the gravity of the pandemic and, even if full of ups and downs, we started feeling safe and comfortable at home. 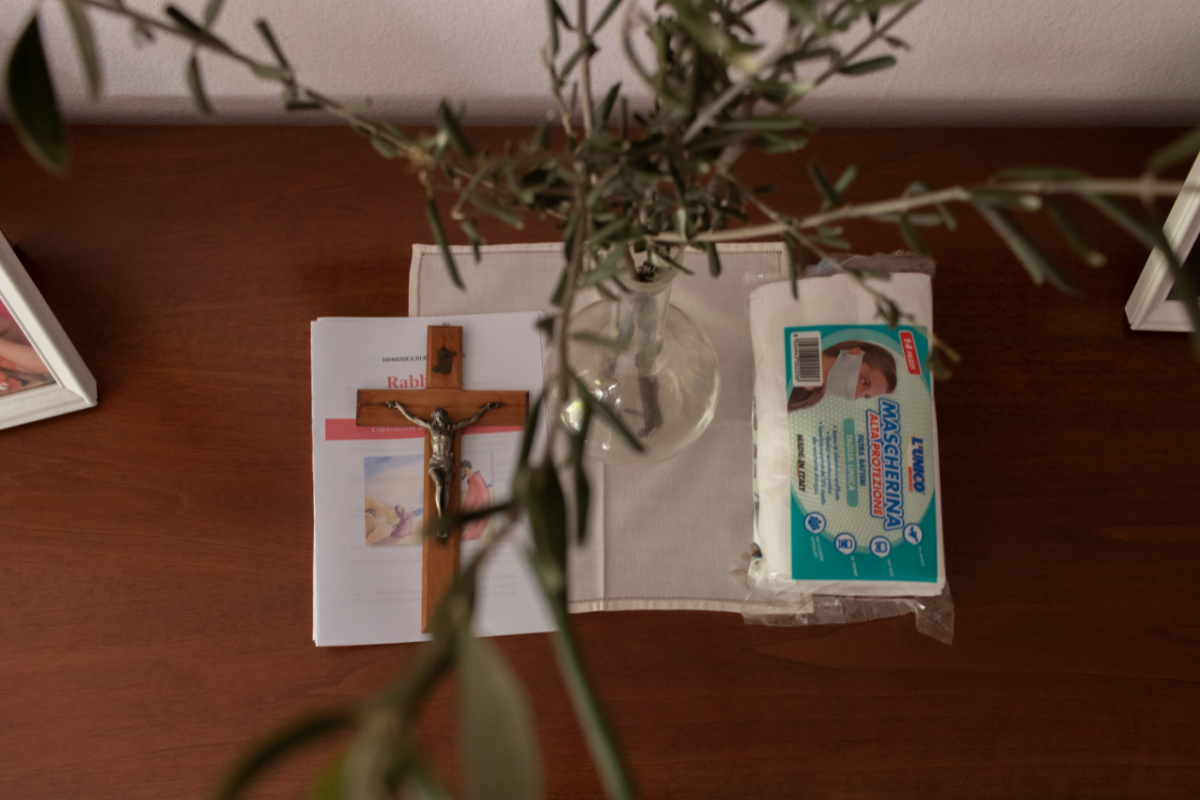 Religion and face-masks played a central role in the Roncalli household, helping both the bodies and minds of the family move forward.

How did the pandemic change your relationship with your family, especially the elderly members like your parents and grandparents?

With the rules of social distancing, everyone had to live ‘separated’ from other members of the same family. This was our condition from day one—my dad never stopped going to work, so we were always at risk. This meant we had to be cautious and adopt protective measures not only outside but also inside. We were not able to have the slightest contact with the most vulnerable people, such as my grandparents. Fortunately, they live in the apartment below us, and this is why we could see each other from the window or the balcony. Since day one, we have always been cooperating and following the rules, and that’s why we have felt safe. 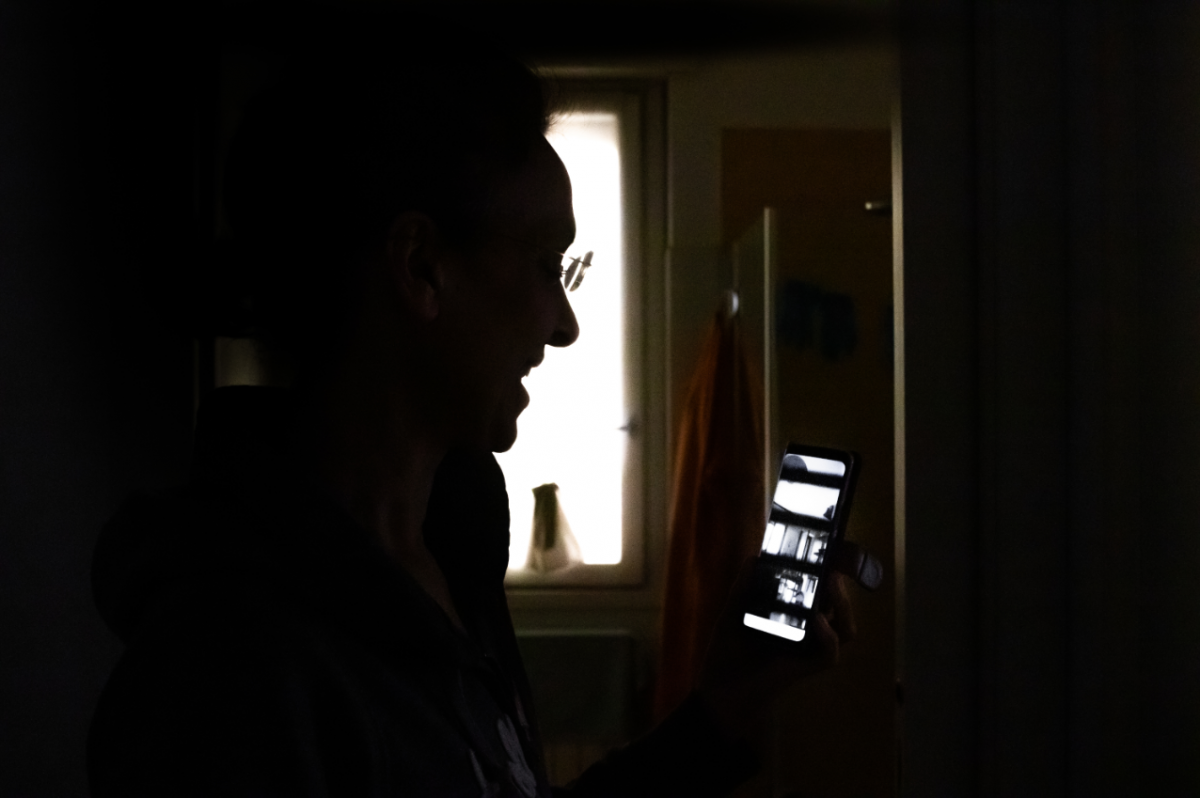 How has the role of the internet changed for you as a result of the pandemic? Do you depend on it more now?

The internet has always had an important role in my life. I’m not only speaking about social networks that in the last few years have allowed me to keep in touch with international friends and contacts, but my point is how the internet has become essential to attend distance classes, to work no matter where you are, to get informed about what is going on in your country and the world. I guess everyone is a tiny bit dependent on it in general, maybe now more than before. After reading a piece [about virtual travel] in The New York Times and seeing many photographers and friends try it, I left for a new journey while staying home! The secret was, as the author Reif Larsen said, Google Street View. Because of the spread of the coronavirus, my plans were disrupted, and the only way to keep travelling was through the net. So I chose three different destinations—Rio de Janeiro, Hanoi and Cape Town—and I walked on their streets looking for the best angles, scenes and interesting subjects as if I was really there making photos. This exercise was one of my numerous attempts to be creative during quarantine. 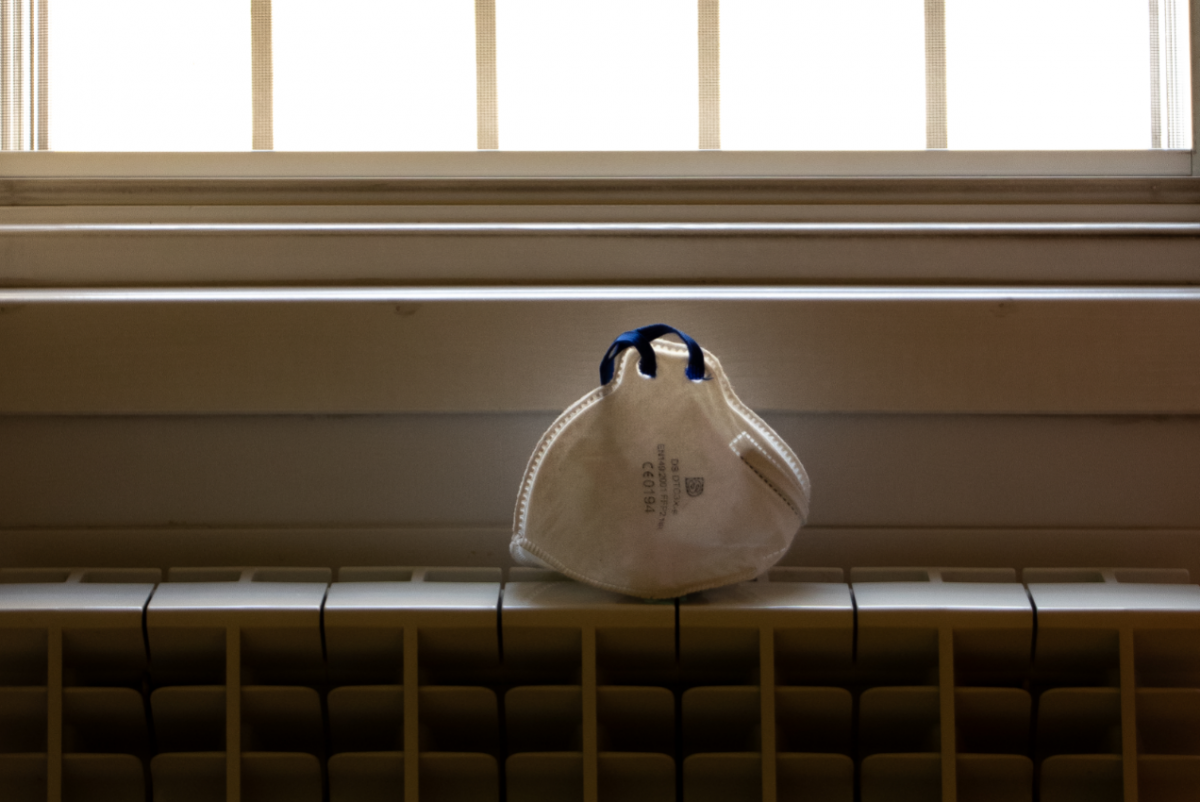 Was there anything in your neighbourhood that caught your attention? If so, what captured your interest?

The most impressive thing for me was the silence. I mean, Milan is a really big and chaotic city, but at that time there was no traffic, and so there was no noise. The area in which I live is usually very quiet but, after lockdown, it seemed dead. From the street, you could only hear the noise of vacuum cleaners, kitchenware and sometimes the twitter of birds. Another relevant element that captured my attention was our new accessory, the mask. It has changed the way people speak and interact. We were not used to it—no one was. On the streets, it seemed like people were becoming closer as if they had something more in common now. 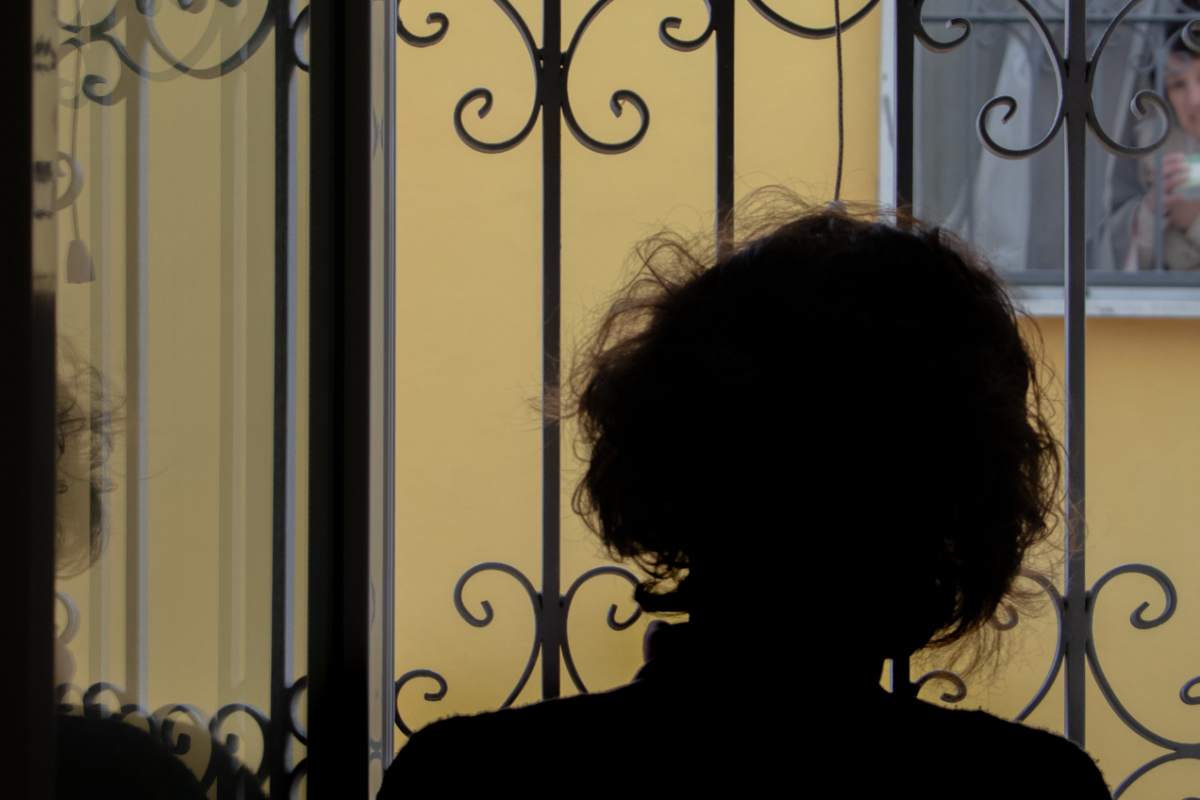 Coffee time with the neighbour

Did you notice any changes in the way people interacted with each other?

I think that one of the biggest changes was in our way of relating to each other. It was not only about what we are doing because of the social distancing, but also what we would be doing in our near future. In Italian culture, we are used to showing affection between friends and family with hugs, kisses, etc. Affection is part of our education, but that was and still is strongly not recommended. We had to change our attitude, but I’m sure that at the end of the pandemic we will embrace and kiss more than before. 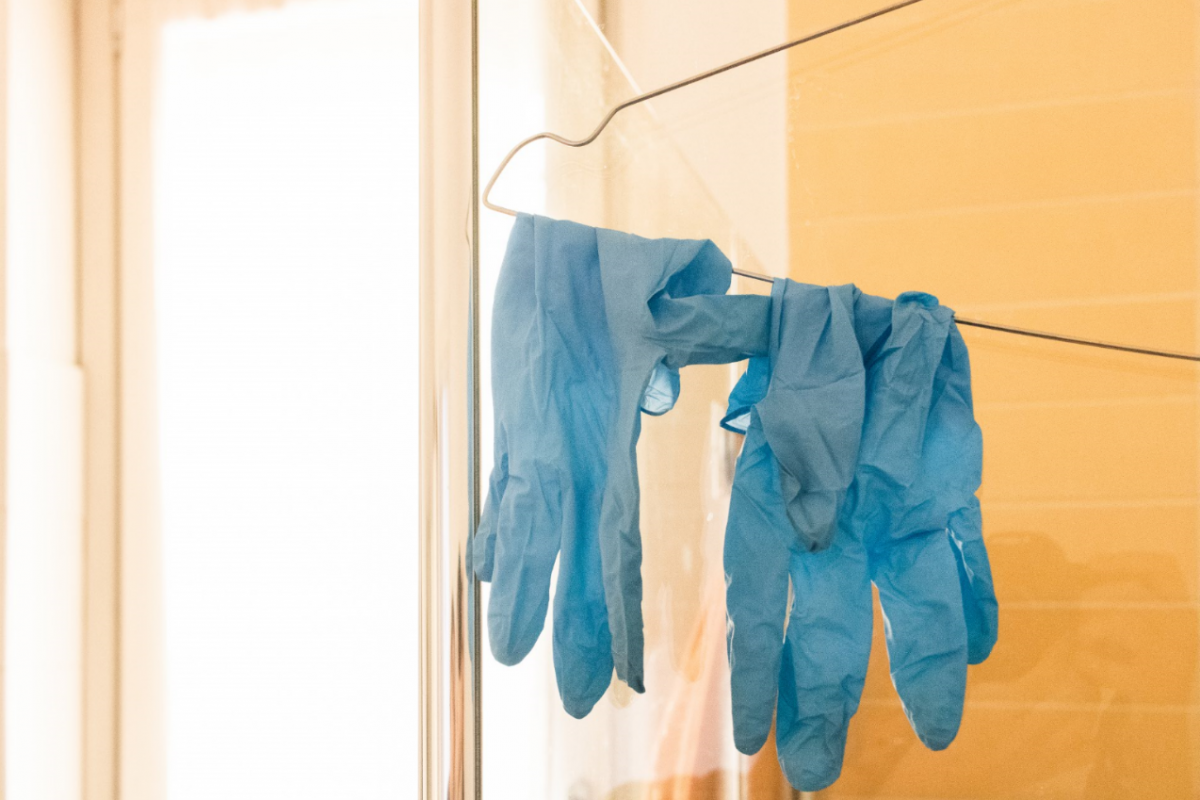 How did the community around you come together to support each other? How do you feel about it with respect to the future of Italy and the world?

As a result of the economic difficulties that this situation brought, I would like to highlight many organisations, not only religious, but also charities, shops, and just normal people who wanted to help. They collected basic necessities and delivered them to the less wealthy and those in need for free. With a wide number of volunteers, they’ve proved the importance of collaboration, by helping those who are in the worst situation. They definitely deserve our gratitude and consideration together with all of our front-liners including doctors, nurses, our Civil Protection Department and all the branches of the military who worked tirelessly every day to fight this virus and protect all the people of Italy. Moreover, it is now fundamental to support local trade, small shops of food like bakers, greengrocers, butchers because it will be the only possible way for them to survive. Small and medium-sized Italian businesses have been the most affected by the crisis. 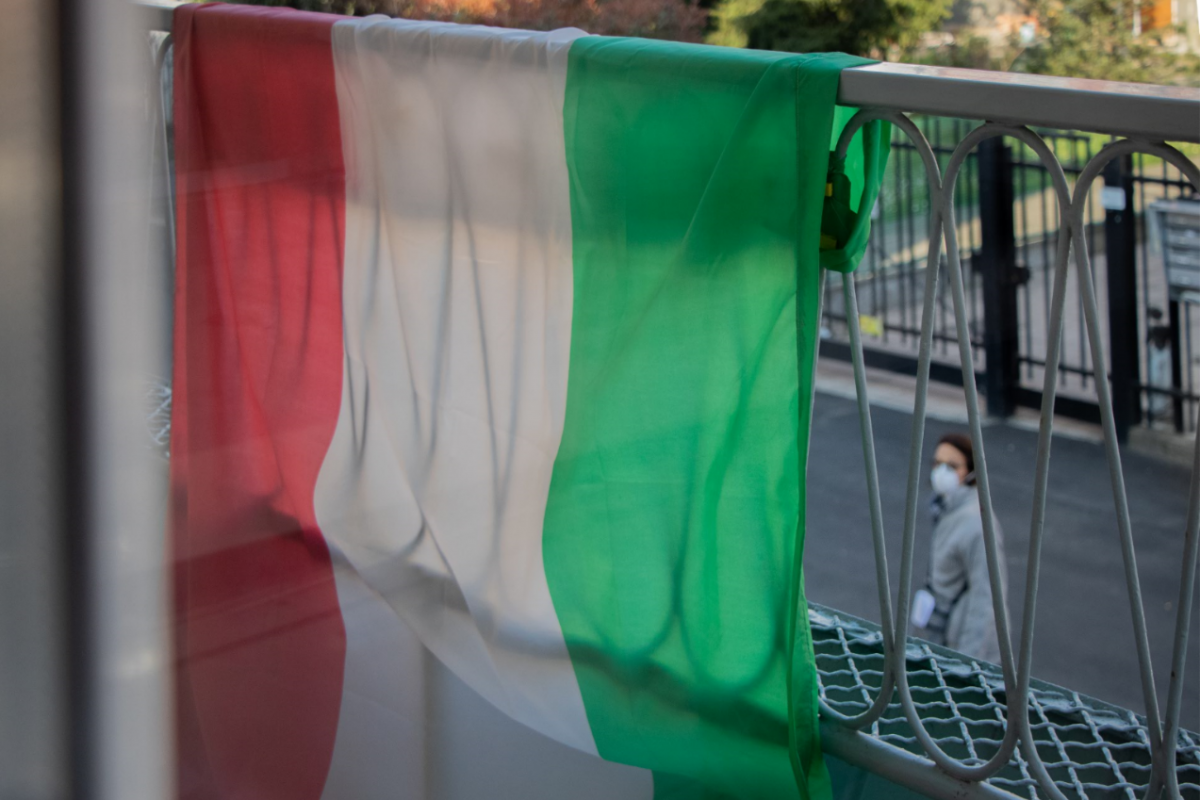 When it comes to the way the Italian government handled the pandemic, what are your thoughts? Do you believe they acted soon enough?

Very difficult question. I think yes but, at the same time, no. Yes, because the Italian government ordered a full lockdown after analysing the tremendous speed of the contagion. But two whole weeks had passed between the first cases and the complete closure—time in which numerous Italians had become infected and spread the virus, turning Italy into one of the most affected countries in the world. So, I don't really know if my government responded soon enough and properly; of course, these were choices that had to be made with enormous responsibilities. 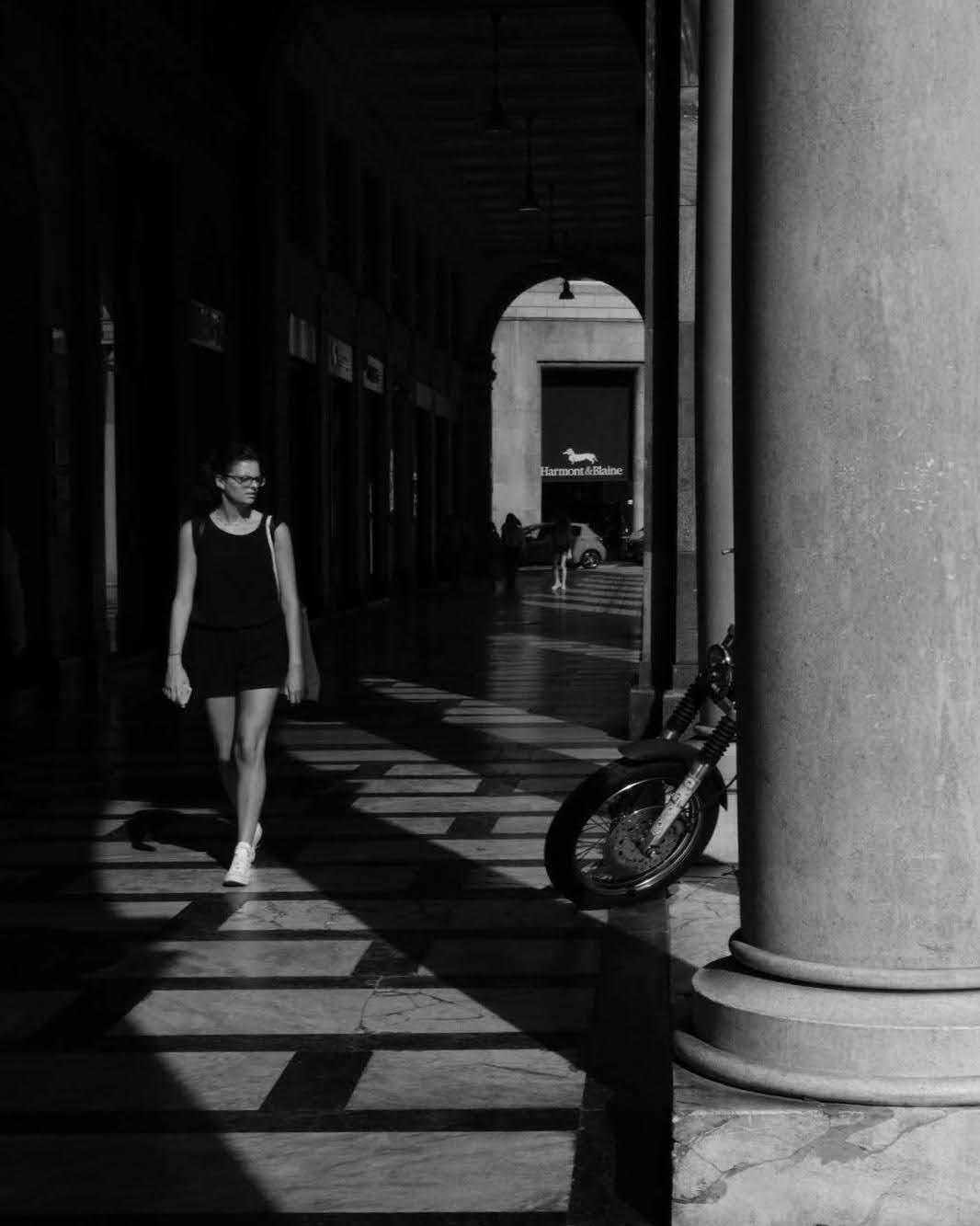 What is the current scenario in Italy like? How are you feeling about it?

I can say honestly that right now the situation has really changed. The first few weeks after the government eased lockdown restrictions, everything still seemed very uncertain and not clear; however, it was beautiful and positive to have the possibility to go out for sports, be back to the street with my camera, and for others to go again to work obviously still remaining careful and still social distancing.

Then, since May 18, the majority of activities in the country restarted gradually.

Without any doubt, I see a country really tired after days and days of lockdown; however, I also see a country full of desire to start again, to get through this bad situation, returning to work and reinventing itself. I feel that it will be a very long time, and maybe for us young people, an even longer time, before things go back to complete normalcy. We are all hoping that, as soon as possible, everything can be better with the conditions to create a new normality.