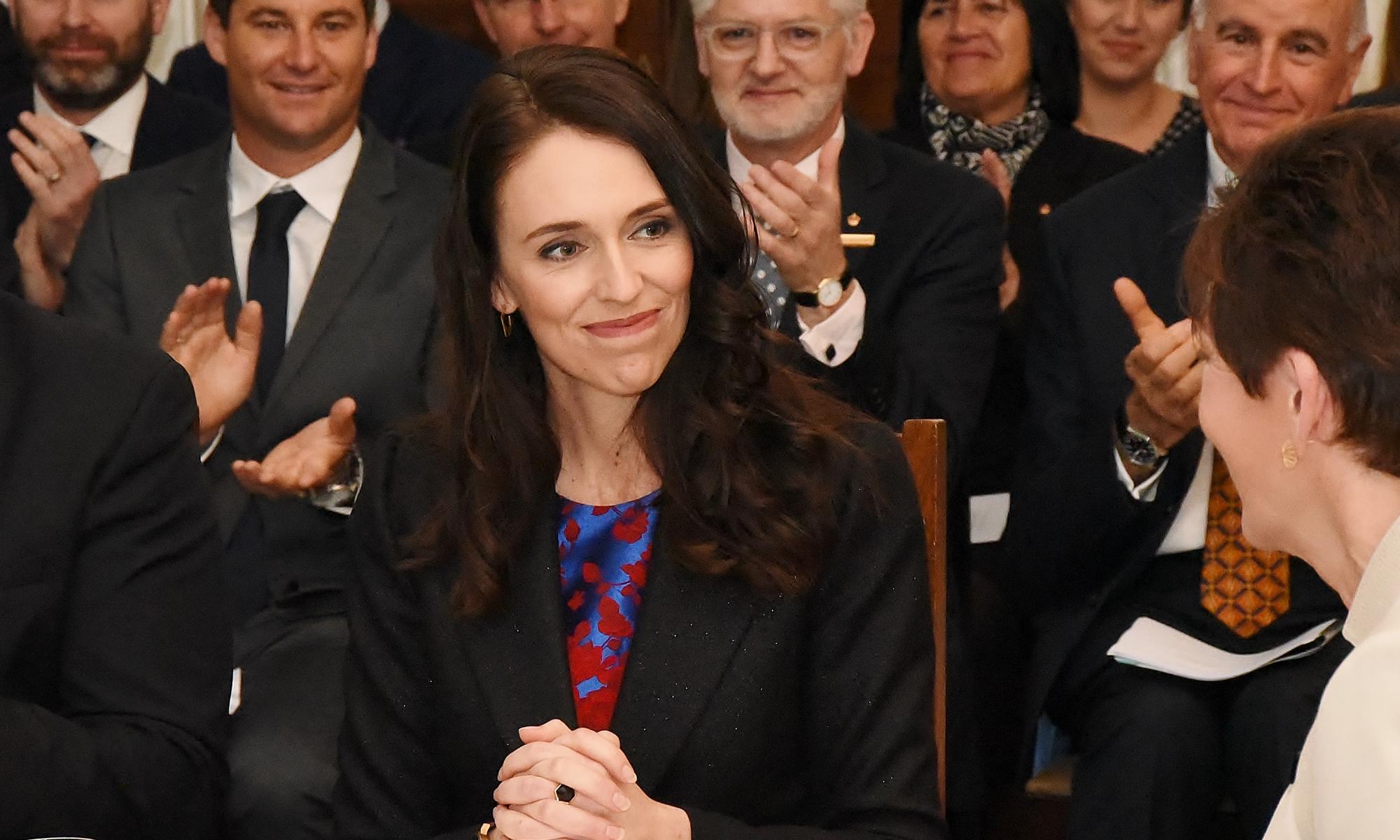 Jacinda Ardern is pregnant. If you don’t know who that is, she is the newly elected Prime Minister of New Zealand. She has also recently announced her pregnancy and my first thought was, “Oh God, that is going to be hard for her,” and my second thought was, “and if anyone tries to say that, God help them they will be strung up and hung out to dry.”

But here I am saying it.

Firstly, I am a woman and consider myself a feminist. I was raised in the smouldering hot embers of the post-women’s movement’s flames. My mother kept my hair short, dressed me only in pants and told me early on (like, six years old) to make sure I earned and controlled my own money (thank you mum). With two older brothers to contend with ‘I can do anything boys can do’ was practically my mission statement, and ‘anything you can do, I can do better’ was another well-worn playground slogan of my youth.

Secondly, I had a baby quite recently and ever since have been lamenting to anyone who will listen how abominable the system is (in this century!?) in supporting women to return to work after having children, in every respect—rigid maternity leave terms, few jobs offering flexible work hours, unwillingness to allow job share arrangements, prohibitions to continuing education and so on. There is still so much work to do.

And thirdly, I believe, like any sane and reasonable person, that women should have full and inalienable rights to have children and work, have children and not work, or not have children at all, in any manner or order that suits them best.  I believe, no I know, that women can do a damn good job of raising children and holding down a job at the same time. I know it because I see it all the time. It is a remarkable, heroic fete, and women do it every day like the unsung superheroes that they are.

But here’s the rub.

As evidenced by the backlash to the backlash of Jacinda Ardern’s pregnancy announcement, we are supposedly not allowed to openly, publicly say, “But f**k! That’s going to be hard.”

I very rarely go on Facebook, but I misguidedly did so yesterday morning and came across this article by The Spinoff.

In it, the author, goes nothing short of foam-mouthed raving mad at people passing comment on the Prime Minister’s choice to start a family while in office. The article is ‘humorous’ and (I’m hoping) the comments she quotes are embellished for effect. And yes, if anyone is questioning whether a woman has the right to make the choices that Jacinda is making, well that’s just... confusing. But I don’t think that’s the real point here.

I think the real point is that it doesn’t take a rocket scientist, or a mother, to point out how difficult that is probably going to be for her. But for certain reasons we are not supposed to say that. This moratorium on free speech is dressed up as being in defence of women’s rights, but who does it disservice most? Women, that’s who.

The ferocity expressed in this article, the sheer anger pounding off the webpage feels threatening. She says it in her opening line—to those people who want to say anything about it, two words: “Shut It.”

But what about those concerns? How does a woman have a baby and work full time? What about breastfeeding? What about hormones and baby brain? What is it like when you leave your baby in the full time care of another person six weeks postpartum? Topics that though confrontational, should be discussed openly and frequently with girls and women everywhere, because these questions don’t dismiss women’s rights, they protect and champion them.

Is it really equality to expect women to have a baby and return to work six weeks later and work as if nothing has happened? Striving not just to meet expectations but to exceed them in order to prove that they can contribute exactly as much as before? Pressured to perform and outperform their male colleagues as evidence that they are ‘unchanged’, when they are completely, totally and irrevocably changed forever.

In demanding that we be treated with equal value and respect, women have ended up being expected to live and work in a way that is equal to men. But here’s the Emperor’s New Clothes of the matter—men don’t have babies. So it’s not really a level playing field is it?

The ‘working mother’ is held up as this pinnacle of equality, the positive result of mountains of feminist effort. But if you’ve ever been a working mother you know exactly what it really feels like—modern day slavery. Working mothers don’t hand off the immense, exhausting and relentless work and responsibility of running the family home and raising children, they just add their job to it.

Yes, Jacinda’s partner, like many other fantastic, supportive fathers is planning on being the ‘stay-at-home-parent’. Hoorah! But here’s the thing, he hasn’t got breasts, he will not carry and give birth to the baby, he will not have the post-partum hormones, his bond is strong, but it is different.

When I had my baby, I would wake up with my breasts leaking milk the same minute that she would wake up in her cot three closed doors away. I knew this because my partner shared her room and I slept down the hall sometimes to get some sleep.  My point is, a mother and baby are intrinsically connected in a way that no one else on earth is. It is my experience, and that of many of my female  friends, that when you go to work and leave your baby, you leave 99% of yourself with her, whether you like it or not.

If we are going to get past this post-feminist era where women are supposed to now do everything and be everything because ‘we can’, to an era where men and women share the load, taking on different roles but being equally valued, then we need to keep having the conversation that the women’s liberation movement only began.

And that conversation must include the topic: can you have a baby and be the Prime Minister? Not are you allowed to; but how do you, and what does it mean for you as a person, your family, and yes, your country.

And the other, just as important reason we need to be able to say openly that having a baby and working is f**king hard, and may turn out to be impossible in some cases, is so that if she needs to, Jacinda can say it too.

What if it doesn’t work for her, but we have made such a martyr of her for our cause, made such a loud demonstrable hoo-haa about how it MUST be possible and she’s going to prove that, that she can then under no circumstances bring herself to say those dirty little words we 21st century gals have had bred out of our vocabulary: “I need help,” and “I can’t do this.”

As I mentioned I had a baby not so long ago, she will be my first, and my last. Part of the reason we won’t be having any more children is simply because of how difficult it was for me.  To say it was difficult is the greatest understatement I could make. I have never experienced anything so mentally and physically challenging. In fact, to say that I overcame those challenges would not be true. They overcame me. They very nearly got the better of me. The fact that I am sitting here feeling cheerful and optimistic is a miracle to me because on many occasions over many months, I was looking for any way out. So low was my mood, so severe my depression, I was lucky, simply lucky, that I made it through. I held on to the belief that I couldn’t leave my daughter motherless, and I clung on. Thank God.

It seems bizarre to even say that now, but I will say it, I want to say it, I want everyone to know that some confident, smart, capable, brave, strong, privileged women will find motherhood too hard. I had lots going for me. I was well resourced, I had and still have a supportive, loving partner and family support. We have just enough money so that financial stress wasn’t a serious factor, and I am well educated. I read, I watched, I discussed, I thought I had prepared myself. But nothing could have prepared me for what was to come. It was f**king hard.  And, I was not working at the same time, with the obvious added strain that would bring.

Perhaps I was an extreme case? I don’t know the exact figures on postnatal depression so I can’t say. Somehow I don’t think I am that special. I also know that you don’t need to have PND or any other major issue to find becoming a mother incredibly taxing, daunting, overwhelming, anxiety-inducing, exhausting and... add whatever adjectives you like: it’s tough.

Add to this that your job is being the new Prime Minister of New Zealand. Your schedule already leaves you scarce time for a personal life, or sleep. Your concerns are large and the outcome of your work affects an entire country and beyond. All the while, you must perform this job seamlessly in the unforgiving public eye. It may just be the most demanding job in the country. To add, you’ve got something to prove having been elected in somewhat of a coup, with more than half the country's voters having voted for the opposition.

So I will say it again: I am behind you Jacinda, I am rooting for you, I believe in you, but God, it is going to be hard.

And, if it doesn’t work out the way you had envisioned, that’s okay. You can change things, you can do what you need to do, and you will still be a superhero.

I don’t want to stand by and say nothing when a climate of silence is being perpetuated by the overbearing, bullying and dangerously politically correct attitudes of a narrow minded few, in the name of feminism.

The feminist movement came about because people started saying things that needed to be said, that had been unspoken for far too long. The words freed us and gave birth to a far better world for those people’s daughters. But their work isn’t finished, by a long shot. Their granddaughters need us to keep the ball rolling. We cannot let things become un-sayable, because stymieing conversation through social and herd pressure does not just stop people from saying things that offend you, it stifles the very people you think you are protecting by pushing the whole conversation under the bed, where it is left to fester and eventually be dealt with by coming generations. Let’s keep talking, so that my daughter, our daughters, have the same right to rest as they do to work.