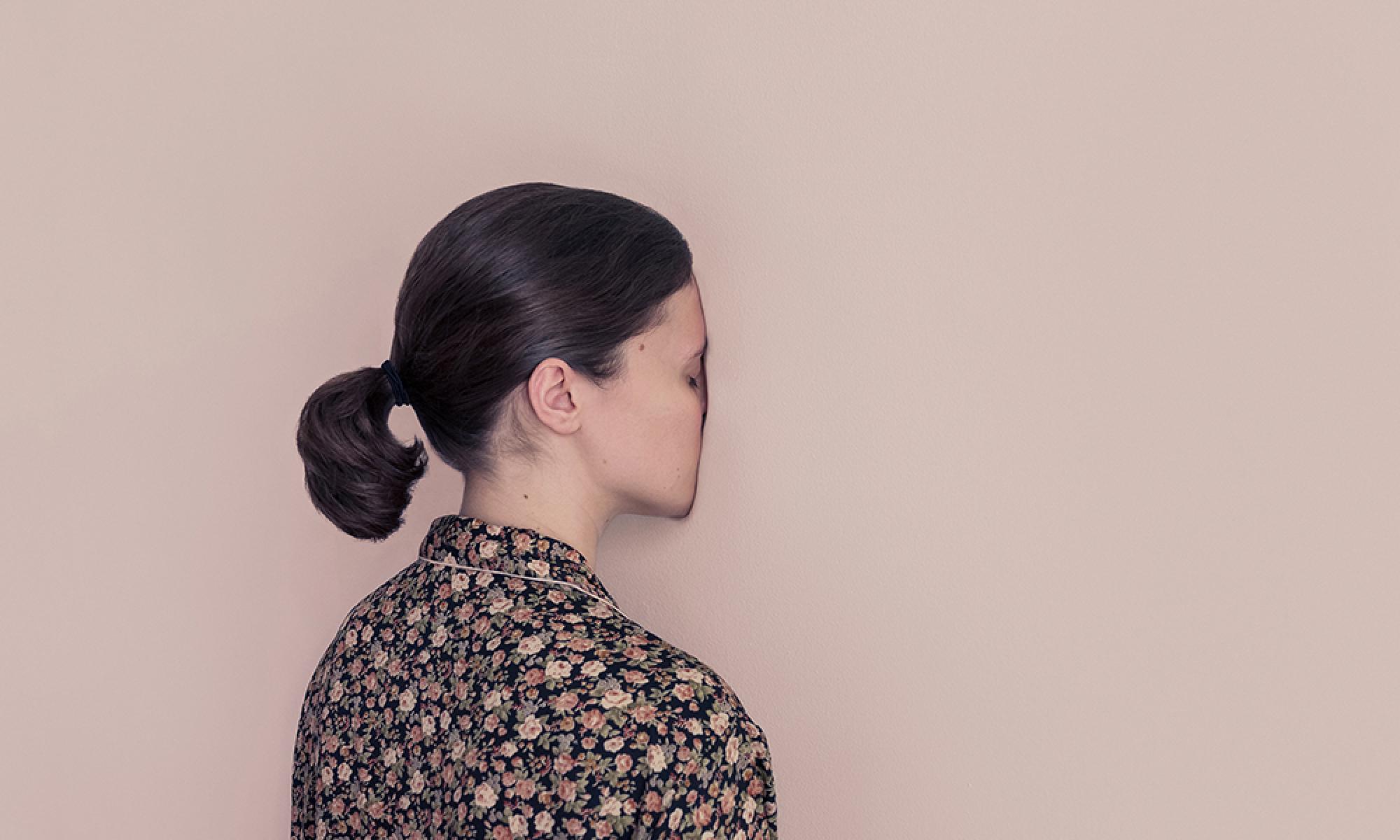 The way in which we view mental health conditions must change. While we have certainly progressed in the field of mental health, societal misconceptions and stigmas around mental illnesses continue to be a reality. There is still much work required for us to truly change the beliefs that are so deeply embedded within us, and for changed beliefs to turn into new behaviours. Awareness is a key first step but it does not instantly reprogramme us from hundreds of years of ideas that we are familiar with; ideas that have become a big part of our collective subconscious.

For this article, The Lovepost reached out to mental health advocates from around the world and asked them to collaborate on a piece about the biggest mental health misconceptions out there and the way we can address and eventually let go of these archaic ways of thinking. Here’s what they had to say.

Mental illness is not a serious medical issue 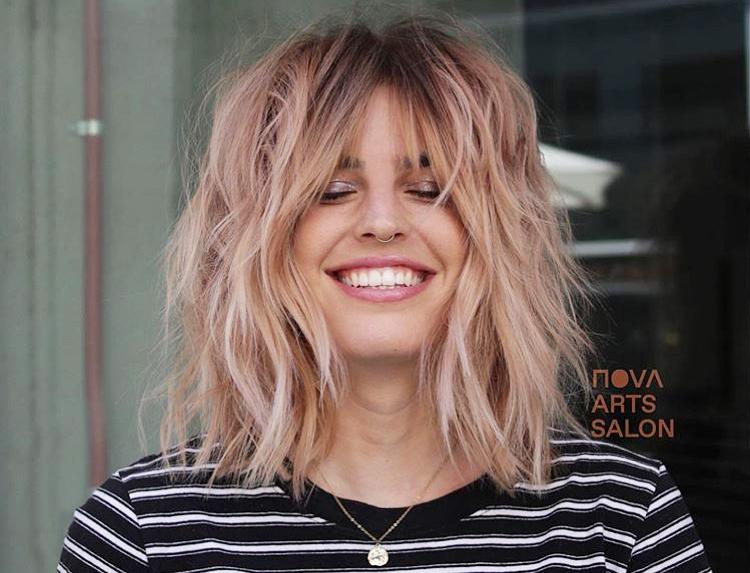 I think the biggest misconception about mental illness is that it's not a serious medical issue. We would never tell someone with the flu to, "cheer up," "try essential oils," or "have you thought about meditating?" So why are these common solutions offered to people with mental illness? There is a difference between mental health, which everyone has, and mental illness, which is less common. Being able to take care of your brain and your spirit should be a priority in workplaces, schools, and life! Talking about mental illness openly and sharing our experiences will continue to help, so thank you for creating a platform for that to happen. 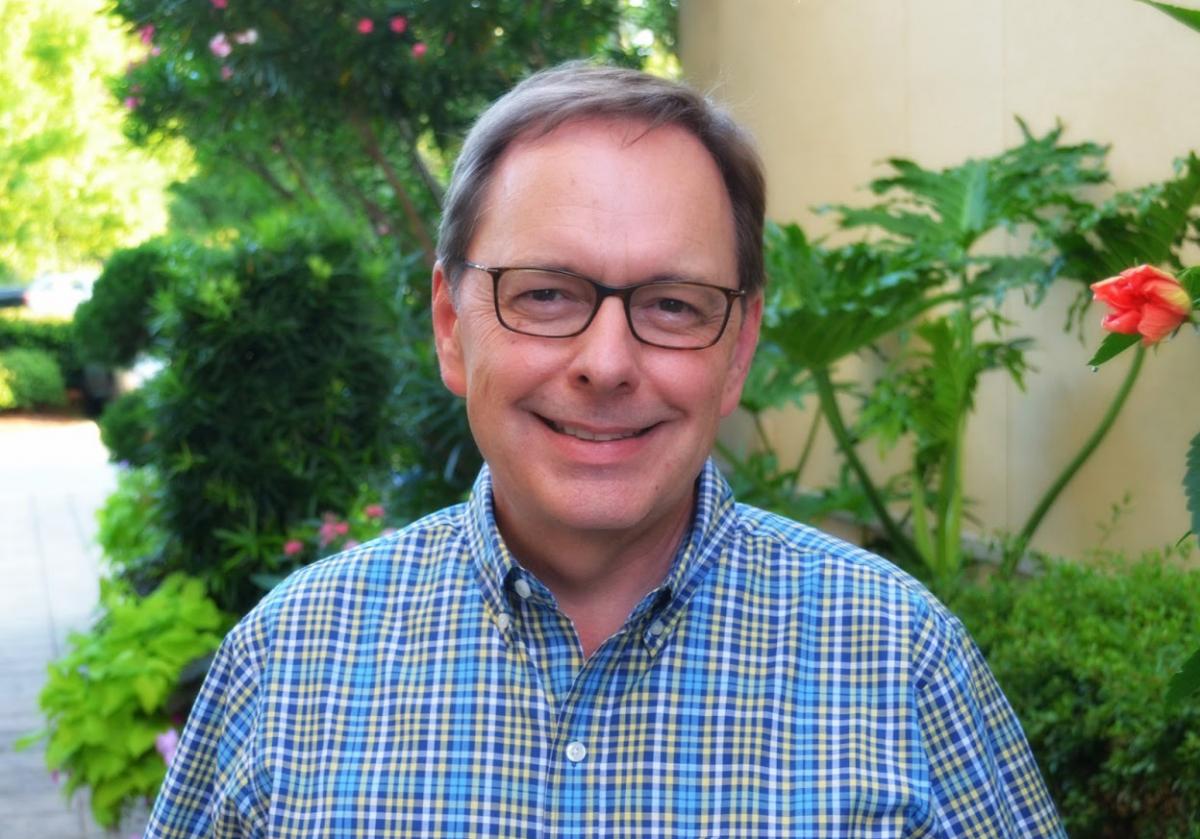 Therapies and treatments for mental illness are just "all talk;" they aren't effective and people really don't get any better. This could not be further from the truth. We have a wide array of effective psychological (psychotherapy) and pharmacological (medication) options to treat all of the various types of mental health issues. Each person will have an individualised plan of care developed in collaboration with their health care providers. However, no treatment is effective if it isn't used. This is why it is so important for people to reach out for help and care when they are in distress or are impacted by mental health challenges. Sometimes asking for help is the hardest step, but once an effective plan of care is put into place, the chances for growth, change and recovery are considerable.

Attitude change is slow and incremental. We have seen signs that more people are feeling comfortable coming forward for help with mental health concerns, so that's encouraging. Also, some headway has been made to reduce the stigma and discrimination around mental illness, which will, in turn, allow more people to seek treatment. Similar to societal changes on larger issues such as racism, climate change and so forth, we can expect that this shift will also take years or perhaps decades to bring about a collective change in our societal attitudes.

You have to have a reason to be depressed 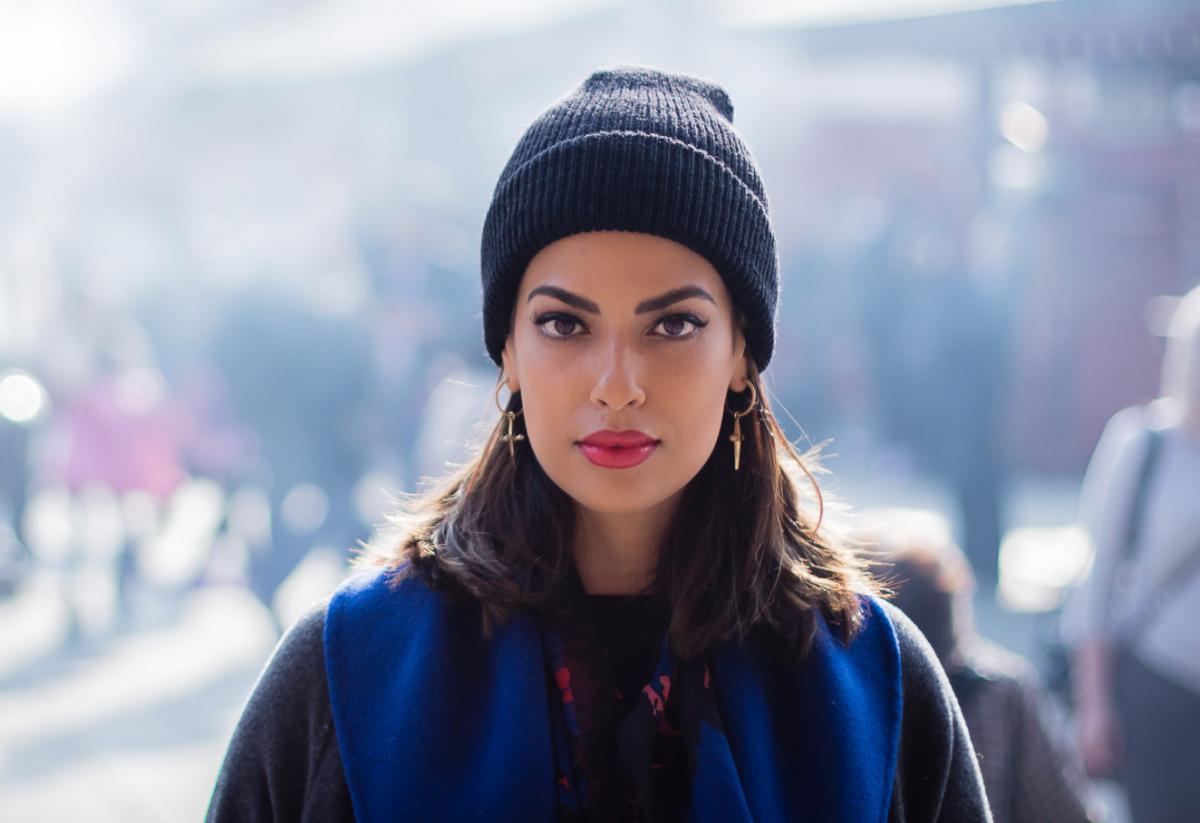 I can’t explain how many times I have heard people say things like "what possible reason could you have to be depressed?! You have so much to be thankful for!"

Depression doesn't discriminate and actually requires no justification. When you have clinical depression you aren't able to think rationally or take the adequate steps to work through it on your own. It might be well-meaning when someone tries to remind you or point out all of the good things that we have in our life to celebrate, to look forward to, etc. but instead it just reinforces feelings of extreme guilt and shame.

In movies and on television we always see a person who might be struggling and having a hard time with life suddenly pull themselves up by the bootstraps and magically snap out of it through sheer willpower. This narrative just perpetuates a really unrealistic and unhealthy societal expectation that depression is dependent on exterior factors. Like we only have a right to be depressed if everything in our world is falling apart. I have personally experienced a tremendous amount of self-loathing and shame because of the fear around feeling like I will be judged if I admit to others that I'm struggling. Society has conditioned us to buy into this narrative and it's a dangerous lie.

We need to collectively address this and create new, healthier narratives around depression. There need to be initiatives that support a cultural shift in the way we view the contributing factors that lead to someone having depression. The judgement that surrounds whether someone has the right to be depressed can only change if more of us have safe spaces that we can go for support and understanding. These need to exist in every workplace and school. Educating people with a community-minded approach because there is power in numbers. The more we can break down the stereotypes surrounding the common misconception that in order for someone to justify being depressed, life circumstances have to be really bleak, the more hope we have in addressing this issue. The narrative needs to be dismantled. That will make way for a much healthier level of self-awareness and compassion from the person suffering from mental illness as well as understanding and acceptance from those around them. 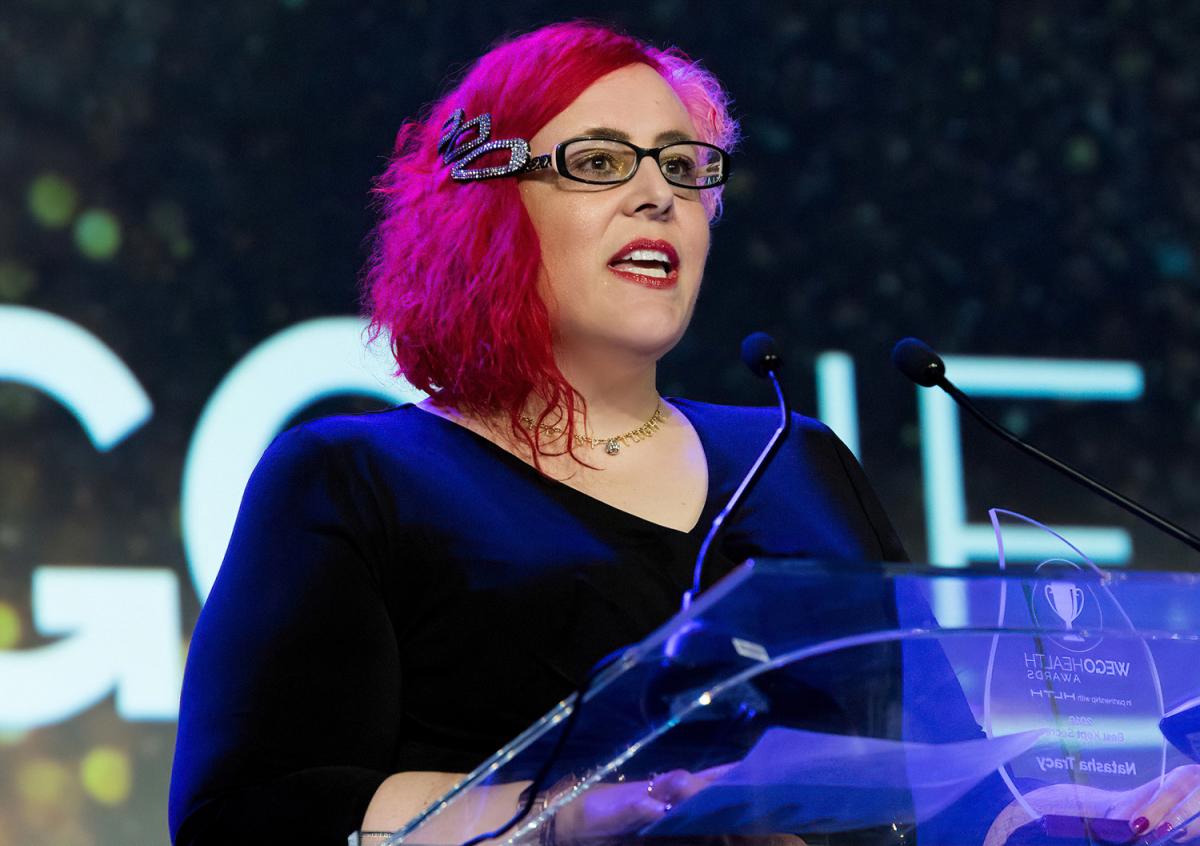 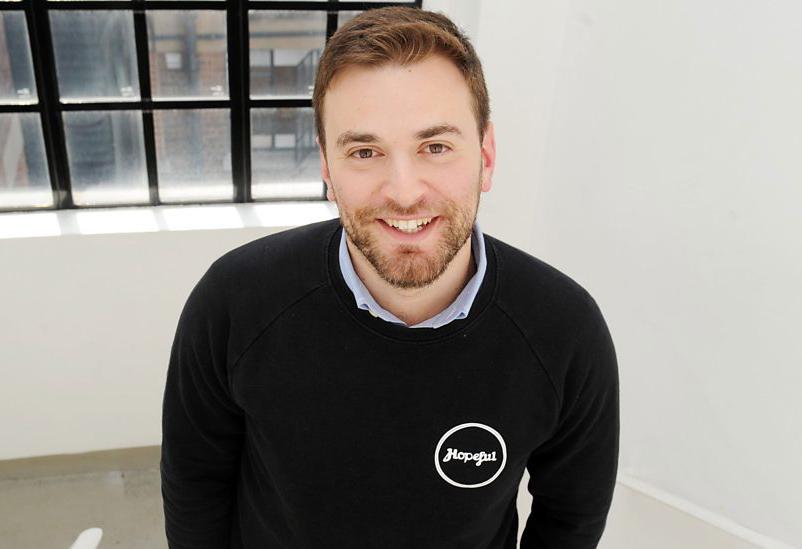 When I was diagnosed with schizoaffective disorder at the age of 20 and admitted to a psychiatric hospital I was given minimal hope of recovery. The focus was on medication and little else.

I am 33 now and it has taken me a long time to gain insight and something of a grip on my mental health but I am gradually moving forwards. There have been several relapses along the way, although with each relapse I seem to recover quicker than the last.

More than anything, I am able to live a relatively "normal" life now which I never thought would be possible in my early 20s. However, I had to find my own path on this journey. Mindfulness and Compassion Focussed Therapy have helped me enormously.

It is my dream that I can help to ensure other's have a path to recovery like I did, without the struggle to find it that I went through.

Since you can’t see bipolar disorder, it isn’t real

Bipolar disorder is an invisible illness because you cannot see it. This automatically shrouds the topic of mental illness with stigma. How are you supposed to get the proper help to treat bipolar disorder and successfully manage it when many do not even view it as an illness? It causes those of us living with bipolar disorder to deny we have any issues. This invalidation further creates shame and propagates pill shaming. So, even if someone diagnosed with bipolar disorder seeks help, it is easy to feel shameful for receiving treatment for bipolar disorder with medication. Stigma grows and multiplies because of hate, ignorance, and difference.

Those with bipolar disorder need to reframe how they view bipolar disorder. Instead of saying I "suffer" from, say "I live with bipolar disorder." Reframing is a tool I use to empower both my mind and heart. Secondly, focus on what you already know to be healthy habits. It may seem extremely basic, but I suggest: exercising every day, eating healthy and maintaining portion control, keeping well hydrated, and improving your sleep hygiene by keeping a consistent sleep time and wake time.

I created The Bipolar Battle to discuss the many complicated layers of bipolar disorder. I believe we can make progress by simply talking about mental illness with anyone and everyone! Educating those who do not understand the reality of bipolar disorder is a great first step.

Only war veterans can suffer from PTSD 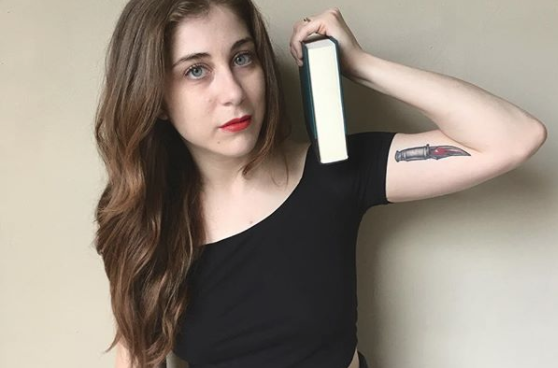 I am not a war veteran and I have PTSD. Millions of people suffer from PTSD. While some of those people are veterans of war, there is absolutely nothing about the illness that requires you to have seen combat. Trauma is trauma, and perpetuating this bullshit narrative is not only hurtful but extremely dangerous.

To all my fellow PTSD warriors—no matter the event(s) that brought this illness to you—I love you, I see you, I stand with you. Your pain is valid. You don’t have to prove it to anyone. 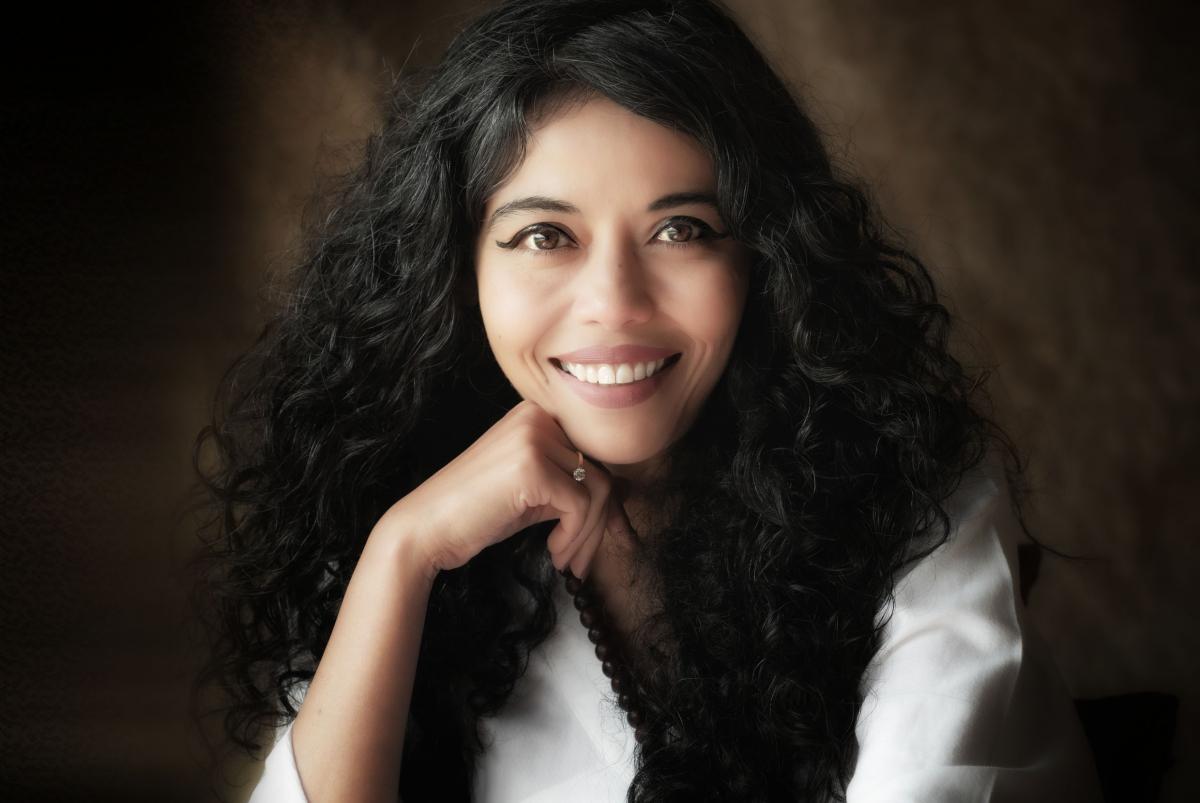 The biggest misconception around mental health is that people suffering from mental health issues such as depression and anxiety are weak-minded. The truth is that anyone, even the most mentally strong people can go through a period of poor mental health. In fact, almost everyone goes through a period of poor mental health at least once in their lifetime, just like how even the most physically strong people suffer from bouts of illness or bodily imbalances. Having a setback in our mental wellbeing does not make us a failure. If anything, the failure lies in not recognizing, respecting and responding to it.

The greatest shift in attitude that we can make is to treat our mind in the same way as we treat the rest of our body. When we get a cut, we immediately attend to it. If we feel physically sick we talk about it, take a day off, seek help and are unashamed of it. We need to pay the same attention to our minds, and stop hiding or feeling ashamed about the state of our mental wellbeing. Just think of how much time we spend daily on our physical hygiene (brushing, bathing, getting dressed etc.) and compare it to what we spend on our emotional hygiene (checking in with our feelings, auditing stress levels, emotional bruises and toxins, emotional environment, mindfulness quotient etc). It's appalling how much we take our mind for granted, and it's time to stop doing that.

There seem to be two camps when it comes to how mental health treatment is understood. In camp one, people don't understand those with serious mental illness who are acutely ill as they think that a simple pill will solve the problem. In the other camp, people seem to believe that no matter what, people with serious mental illness can't be sufficiently helped. As it happens, both of these camps are wrong. Treating serious mental illness is extremely complex, and, often, a cocktail of medications that is unique to the individual is needed to find stability, and this can take years to find. That said, many people, even with schizophrenia or bipolar disorder, find success with medical treatment and go on to lead happy, full lives.