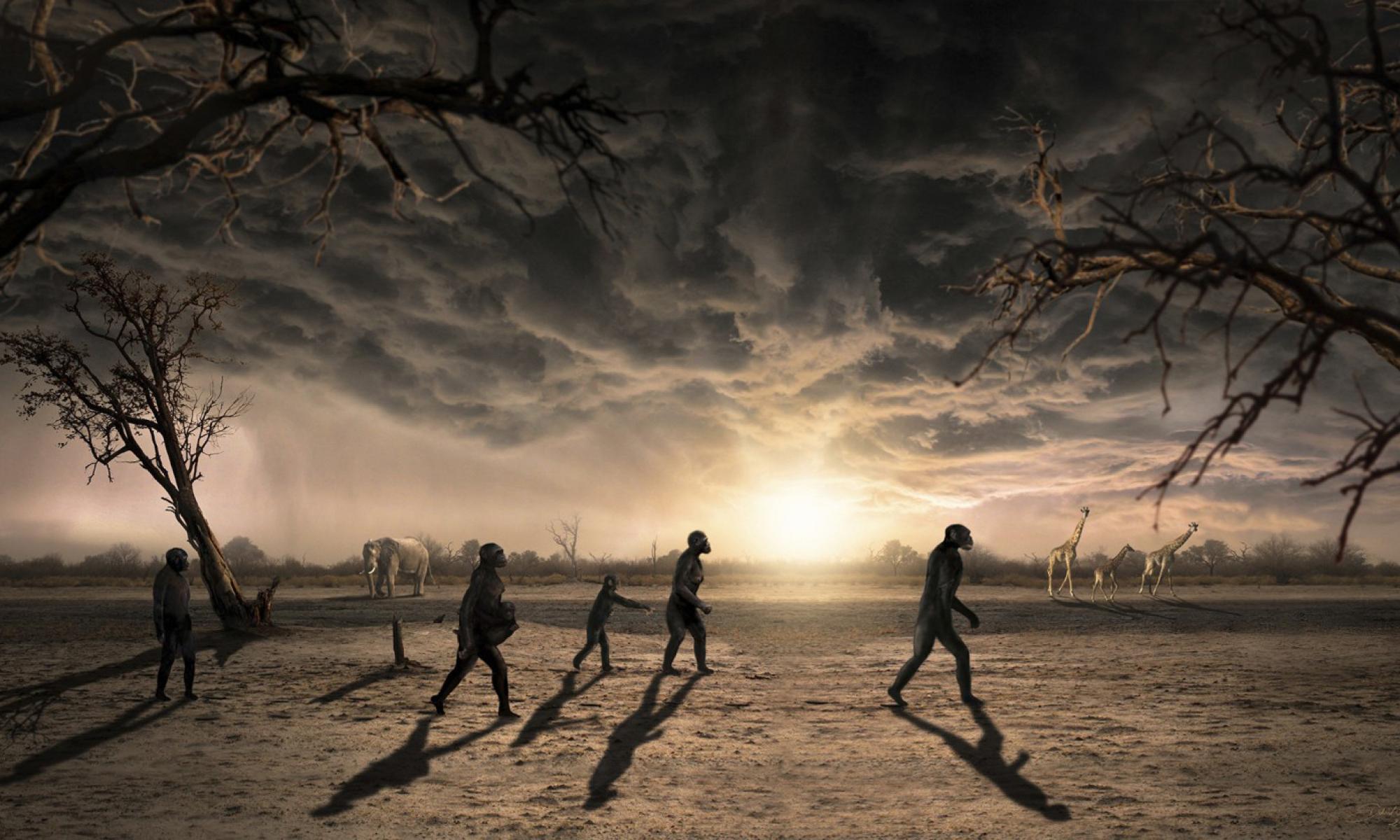 It is innately human to wonder about oneself—likely a side-effect of our big brains and our even bigger egos. How much do we need to wonder though?  Not as much as you might think. The human origin story is studied exhaustively by palaeoanthropologists and archaeologists. They could tell you about the structure of your spine and they could tell you why you want so desperately to be part of the in-crowd (hint: it has something to do with limited resources and high levels of cooperation). The catch is, they might tell you different things.

It is an indisputable fact that modern humans—Homo-sapiens—came to be through the process of evolution. The fossils make that clear. How we spread across the world, though, and how we define the “height” of civilisation, is an idea much more complicated. Even science cannot exist in a vacuum, and the stories often told about who we are as a species and how we came to be are not immune to the sociopolitical pressures of our modern world.

That does not mean we do not know what we know. What it does mean though is that there is robust and informed commentary to be read outside the Western bubble as well as within it. In short, the mathematics of addition and not division should be used to govern the narrative we accept about the origin of our species. It is, after all, a global story, for which we need a broad coalition of global storytellers.

The Lovepost invites you to sit in conversation with a few of these scientists below—they'll tell you a bit about who you are, and more, who we are.

Dr Ian Tattersall is a palaeoanthropologist and an emeritus curator at the American Museum of Natural History in New York City. His studies in human evolution explore the thought systems of early humans and the diverse patterns of the fossil record. In our conversation, we discuss how modern humans code the world into a unique vocabulary and why it's so important.

I know that your work focuses on the thinking patterns that are innately human and how we've evolved to have those. Can you speak a little bit on how much of our thinking and behaviour you think we are evolutionarily predisposed to participate in?

It's been argued a lot that our societies are highly cooperative and therefore, our societies were more effective and efficient than other hominin societies, and we edged them out that way. I look at it in a more general way. I look at the way we basically process information in our minds. I think that basically all of the peculiar things about our society and really everything else that we do stems from this strange central ability that we have to manipulate information in a symbolic manner. What we do is we basically deconstruct the world into a vocabulary of symbols. Instead of sort of holistically experiencing the world, we create individual symbols for the things we see, and then we can recombine those symbols and come up with new ideas on the world and how it might be, and that reflects on everything else that we do. It's a symbolic way of manipulating information, I think that is at the basis of everything. Yes, I'm sure that when Homo sapien societies came out of Africa they were better organised, they were pro-social and so on, but it all stems from this underlying capacity we have. 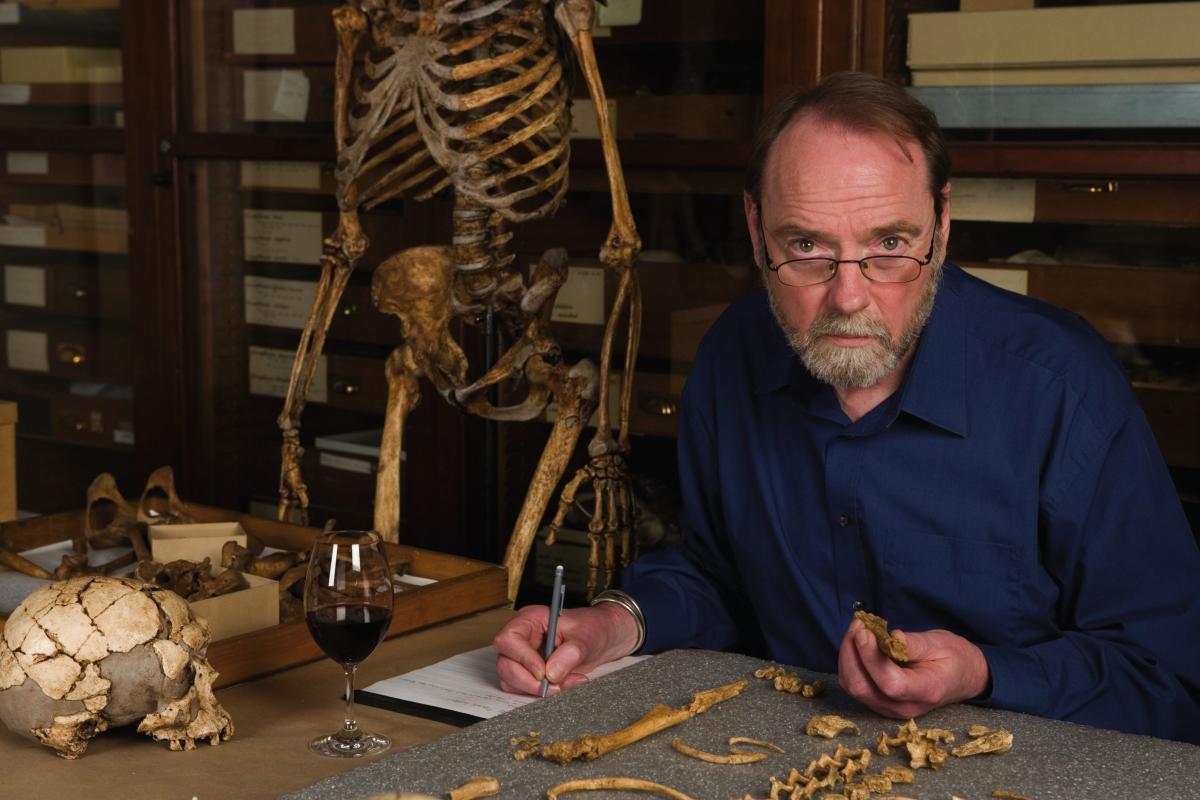 Is it fair to say that that capacity was what made it possible for Homo sapiens to reign triumphant?

Yeah, I think it's the key to our success—if you can call it a success. Throughout hominin history, many hominin species managed to share the world among themselves and only Homo sapiens wiped out the competition. If that's success, then yes, that's the reason for it.

As if you were speaking to someone who doesn't believe in evolution, lie out why we should.

The first thing we have to understand is that notions of evolution or science in general are not in competition with other ways of knowing. There are a lot of different ways of knowing about the world and science is a particular way of knowing which depends on technical knowledge. To be scientific, a statement has to be testable. You have to go out and compare it with what you actually observe in the world and see if it stands up or not. You are not actually trying to determine an ultimate truth, you're just trying to come up with a robust description of the world. That's all that science is trying to do; it's not trying to talk about ultimate causation at all; it depends on the material world that can be observed. So, in a sense, it's really not in competition with the various supernatural systems of beliefs that people have absorbed.

If you're inducting fossils into the evolutionary hall of fame, can you give me four or five that are really important in understanding how we got here?

Well, there are fossils that are really important historically and then there are fossils that are important for the information they contain. The original Neanderthal fossil, for example, didn't tell us an enormous amount, and there are much better Neanderthal fossils that have been found since, but that fossil gave its name to all extinct human species and it's sort of iconic. Of fossils like that, I would have to choose the Neanderthala. I would have to choose the Turkana Boy, the skeleton of Homo ergaster that was found in the 1980s to the west of Lake Turkana, Kenya. I would probably have to include Lucy too. We'd have to include the hobbit from Flores because it got so much recent publicity.

You can pick out a few yes, but the important thing to understand is that it's often said that there really aren't enough fossils to know what's going on, and of course, palaeontologists need to say this because they need to get more money to go out and find more. But actually, the human fossil record as it stands is really very good, and what's really important is not the original icons but the huge mass of evidence that exists.